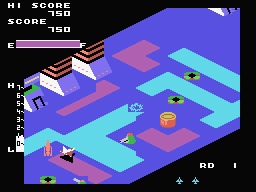 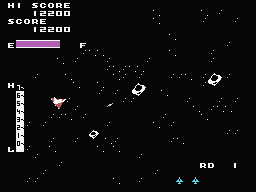 Beware the wrath of the mighty Zaxxon!

It was barely a year ago that you defeated the automated space armada of Zaxxon, the robotic alien mastermind. The reports of Zaxxon's demise were greatly exagerated, as Zaxxon has rebuilt both himself and his military forces, and has returned to exact its revenge on the population of Earth!

Your experience against Zaxxon's artificial intellect made you the natural choice to repeat the same dangerous mission as before: You must pilot your space plane deep into Zaxxon's asteroid strongholds, destroy his installations, and reach the lair of Zaxxon himself in order to destroy him once and for all!

But Zaxxon is ready for you this time around: Prepare for intense dogfights against enemy shuttles and drones in the middle of outer space, as well as inside space tunnels, while keeping an eye on your ever-depleting fuel gauge, which you must replenish by destroying enemy fuel depots and supply satellites. 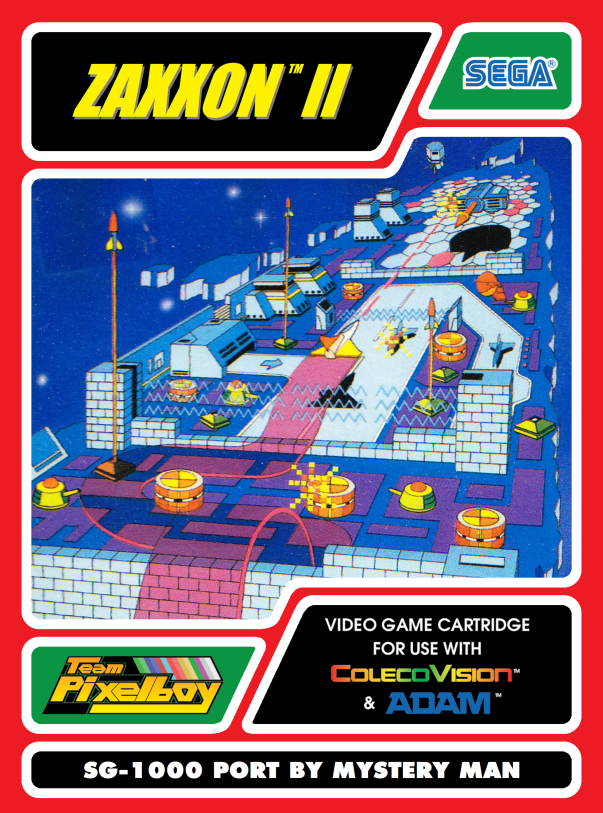 I talked to Mystery Man about this, and I suggested that he could port 9 different SG-1000 games to the ColecoVision, and that these ports could be sold exclusively via the AtariAge Store, using the same kind of two-piece boxes that were used for the budget series. After reaching an agreement with Albert over at AtariAge, Mystery Man performed the ports, including this port of Zaxxon II (originally named Zaxxon on the SG-1000, but renamed Zaxxon II for obvious reasons). 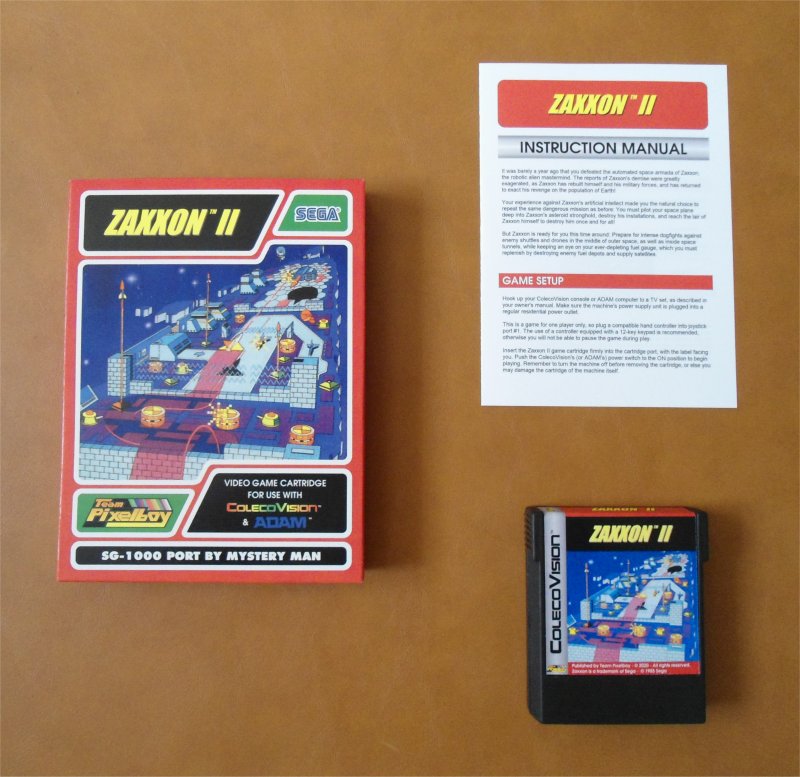 Here is a YouTube video of the SG-1000 version of Zaxxon. The ColecoVision version (renamed Zaxxon II) looks, sounds and plays the same as what you see below.