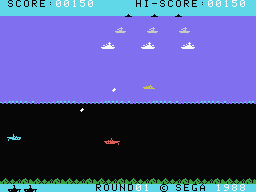 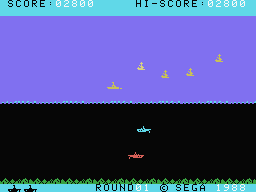 Get ready for intense submarine combat!

Your submarine is the first line of defense against fleets of invading enemy war ships. It's your job to patrol the sea in your sector and sink any boat that tries to enter the territorial waters established by your government.

The enemy fleets will not go down without a fight, however, so you'll have to evade depth charges and missiles, as well as enemy submarines deployed to take you out as soon as you fall within the range of their torpedoes! And last but not least, you will encounter destroyers that will engage you directly with daring naval looping maneuvers!

Stay alive long enough with your missiles and torpedoes to beat your high score, in this faithful adaptation of the classic Sega arcade game! 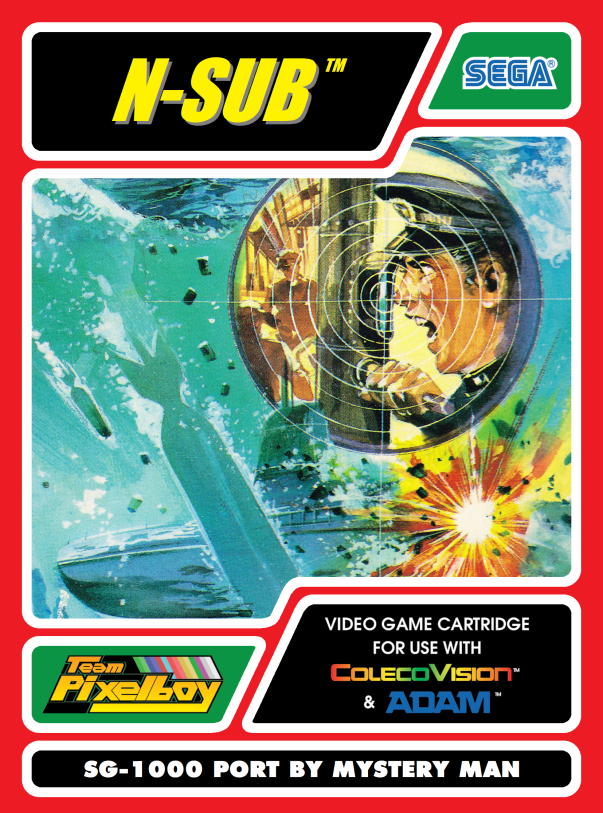 I talked to Mystery Man about this, and I suggested that he could port 9 different SG-1000 games to the ColecoVision, and that these ports could be sold exclusively via the AtariAge Store, using the same kind of two-piece boxes that were used for the budget series. After reaching an agreement with Albert over at AtariAge, Mystery Man performed the ports, including this port of N-Sub. 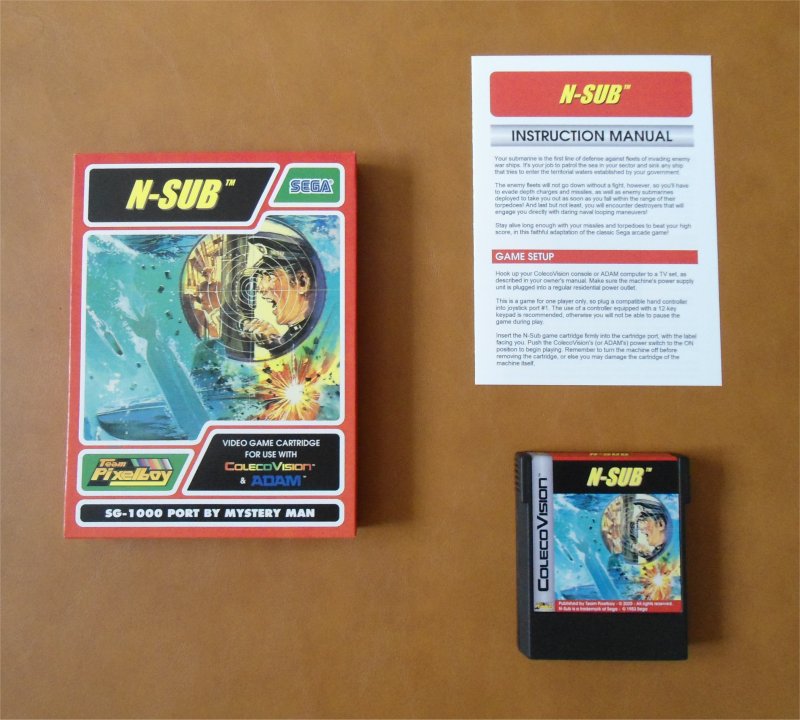 Here is a YouTube video of the SG-1000 version of N-Sub. The ColecoVision version looks, sounds and plays the same as what you see below.