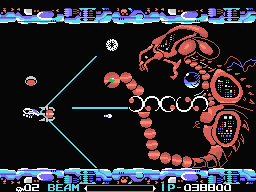 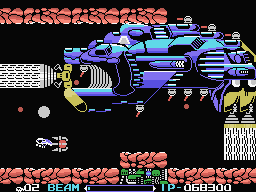 Blast off and strike the evil Bydo Empire!

The galaxy is in deep peril: Foul creatures from the evil Bydo Empire have warped across space to invade and conquer our planet! There is only one hope for victory: The R-9 Arrowhead, a nuclear-powered space fighter with the most advanced weaponry available.

Fly the R-9 through enemy territories, destroying armies of nasty creatures and their deadly machines. And when the going gets really tough, pick up the "Force" module to make your ship even harder hitting.

Earth is depending on you, so strap yourself in the cockpit, and terminate the Bydo Empire with extreme prejudice! 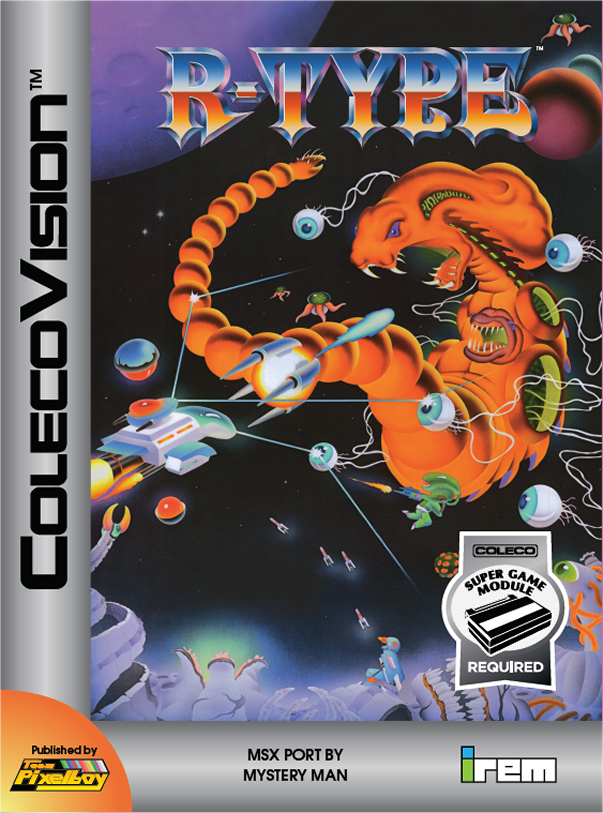 Back in August 2019, I was talking to Mystery Man and he was telling me how sad he was to see my upcoming retirement from the ColecoVision homebrew scene. He said he would have liked to do a few more projects for Team Pixelboy. This got me thinking: The boxes for the Christmas 2019 releases had not been printed yet, and I figured I could perhaps squeeze in a couple of other boxes in there, before sending the box templates to the printer. So I decided to go wild and I challenged Mystery Man to port the MSX version of R-Type to the ColecoVision.

He told me he would try to do a quick-and-dirty port, just to see if he could get the title screen and the first level of the game running on the ColecoVision, even just in a buggy fashion. If he could pull it off, then the plan was for him to do the actual port in 2020.

Of course, as you may guess if you're aware of Mystery Man's track record, he couldn't leave well enough alone, and he ported the whole game within a couple of weeks! It turns out that he felt he didn't have much of a choice, because the software is actually quite complex under the hood, and Mystery Man felt that it would be harder to do a little work now and then pick up the port many months later. So he went through the grueling process of porting each level (which apparently has its own software engine) in one sitting, so to speak.

Once Mystery Man showed me the finalized port which was already ready for beta-testing (and after I picked up my jaw which had crashed down on my keyboard upon seeing his incredible accomplishment) it occured to me that the Christmas 2019 deadline was coming up fast, and I wasn't going to be able to beta-test Space Shuttle like I was planning to, so I decided to swap Space Shuttle for R-Type on the 2020 release schedule. 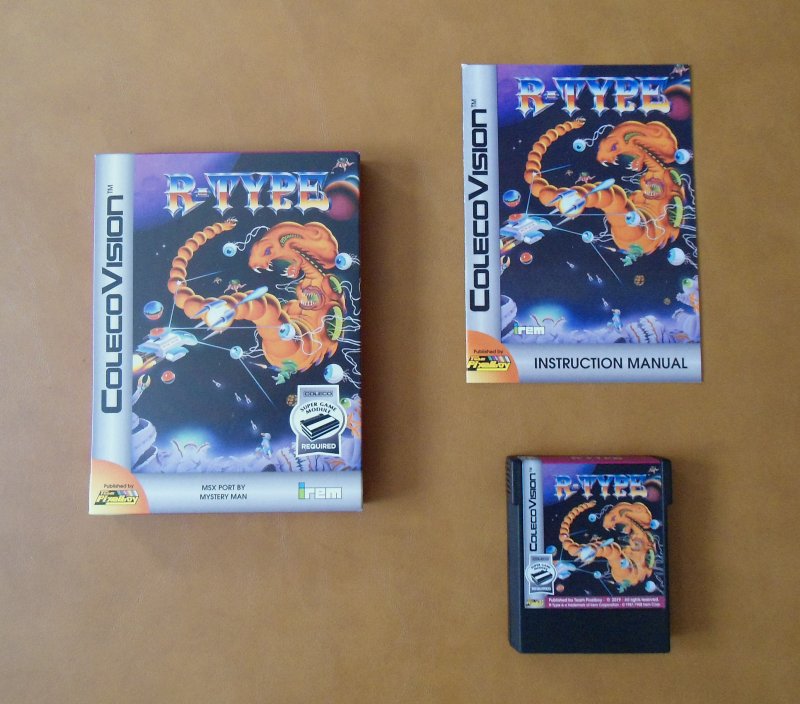 Here is a YouTube video of the MSX version of R-Type. The ColecoVision version looks, sounds and plays the same as what you see below.