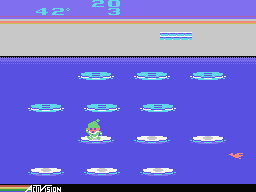 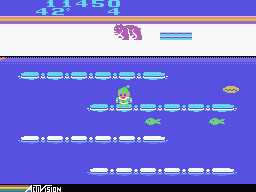 Part survivor, part architect, part nuts, Frostbite Bailey eats raw fish for sustenance but really dines on danger! Help him construct igloos by jumping on floating blocks of ice! Each igloo must be completed before the weather gets too cold, but this is certainly no easy task, as Frostbite must not only contend with water currents that make the ice blocks move in different directions, he must also avoid wild animals like snow geese, king crabs, killer clams and a bear that follows him like a shadow on the shore! Stay one step ahead of all the hazards and survive to reach the highest possible score! 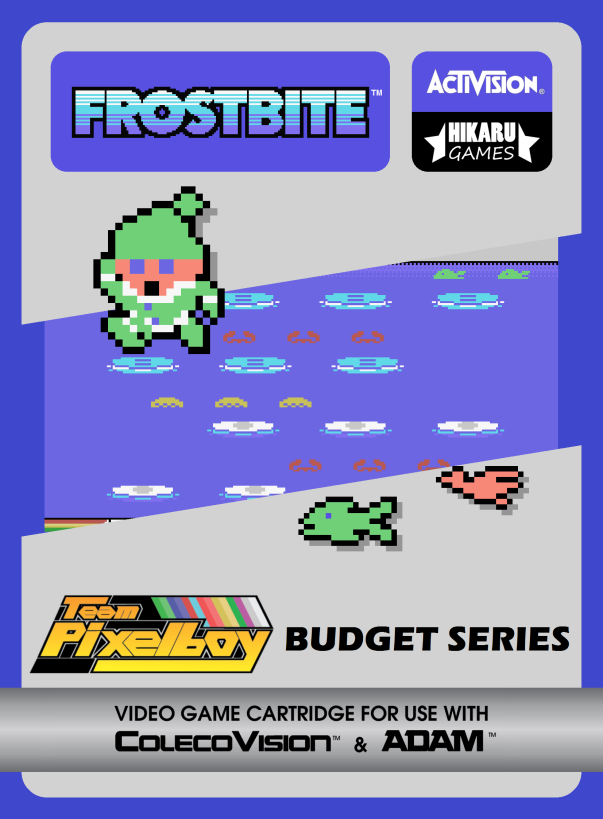 Frostbite on ColecoVision has an interesting history: Software development started during the winter months of 2016, long before the budget series came into being. Yep, that's right: Frostbite was supposed to be a regular Team Pixelboy release, and at first I wasn't even aware of its existence! Antoni Burguera was developing the game in secret, and when he eventually showed the game to me, I was quite pleasantly surprised! When the budget game project started, I suggested to Antoni that perhaps Frostbite should be published as a budget game, and he immediately agreed, since he wanted to help Óscar like the other homebrewers who offered their games to the cause. Frostbite turned out to be the most pre-ordered game in the entire budget lineup. 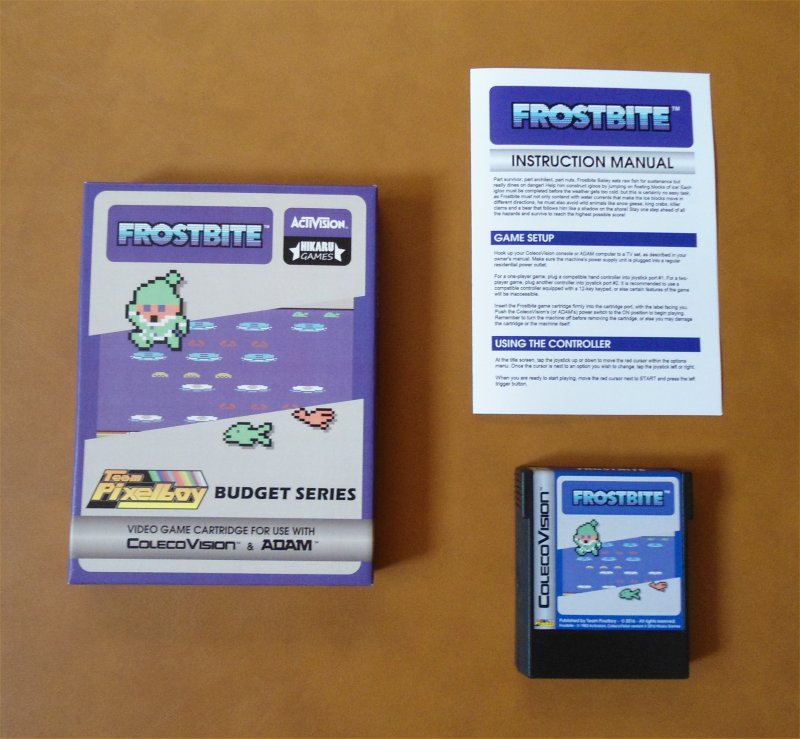 Here is a YouTube teaser video of Frostbite on ColecoVision.