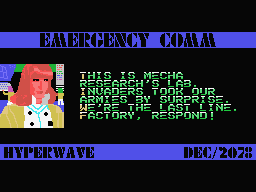 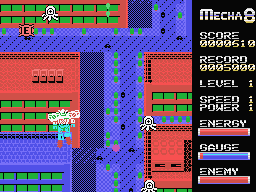 The Earth is under attack! Prepare Mecha-8 for battle!

A hero's job is never done, and today perfectly illustrates this rule: A hostile race of aliens of unknown origins have launched a vicious surprise attack on Earth's major cities! Tricia Thunder, the best mech pilot available, has been called away from her vacation to board the Mecha-8, a highly resilient war mech armed with powerful weapons. Tricia's mission is clear: She must first repel the alien onslaught to save as many civilian lives as possible, and then locate the command center of the alien menace and destroy it. But can Tricia do this single-handedly with Mecha-8? She's fully confident that she can, and you're going to help her prove it! 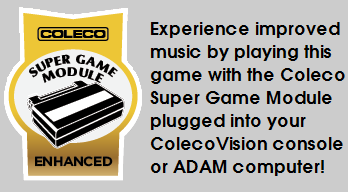 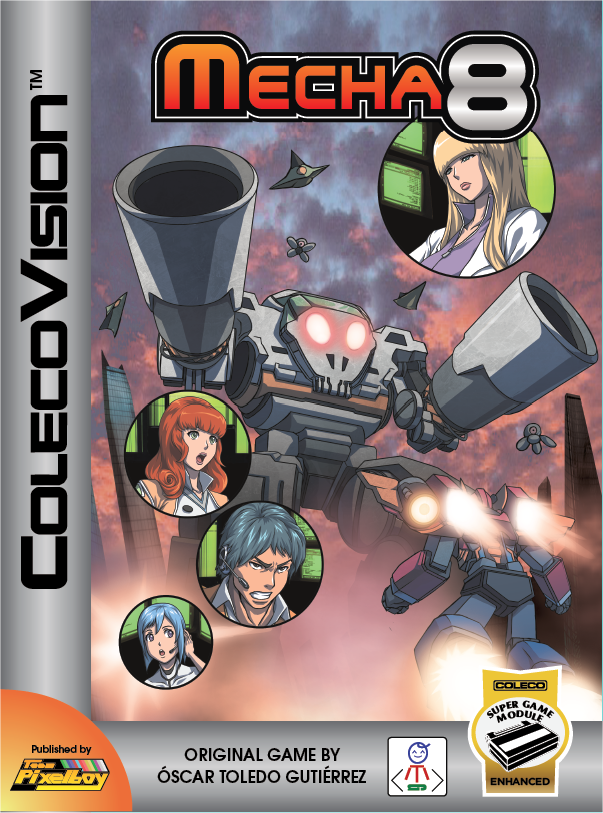 Mecha-8 was first developed on the MSX by Óscar Toledo Gutiérrez as a submission to the MSXdev'11 homebrew game development contest, and it came in fifth place! Afterwards, Óscar vowed to continue working on the game and to eventually release it in MSX cartridge format.

Fast-forward to 2012, which saw another of Óscar's prized MSX creations, Princess Quest, ported to the ColecoVision and published by Team Pixelboy. Based on the good working relationship we developed, Óscar showed me Mecha-8 and stated his intention to port it to the ColecoVision. I had some reservations about the game at first, but in response to my comments, Óscar kept working on the game, and managed to remove all the irritating issues I had brought up. The end result was so impressive in every way that I just had to publish it.

And then, Óscar kept on impressing me with each subsequent version of the work-in-progress software. At one point, he even included support for the Super Game Module! While the SGM is not actually required to play the game, the software can detect the presence of the SGM (if the module is plugged into the expansion port) and uses the MSX music chip in the SGM to produce improved background music throughout the game!

As it is now, the ColecoVision version of Mecha-8 is much better than the original MSX game which was submitted to MSXdev'11, both in terms of graphics and gameplay, and I'm also pleased to report that the game's difficulty curve is just right. Mecha-8 is without a doubt one of the highlights of my 2013 release lineup! :-) 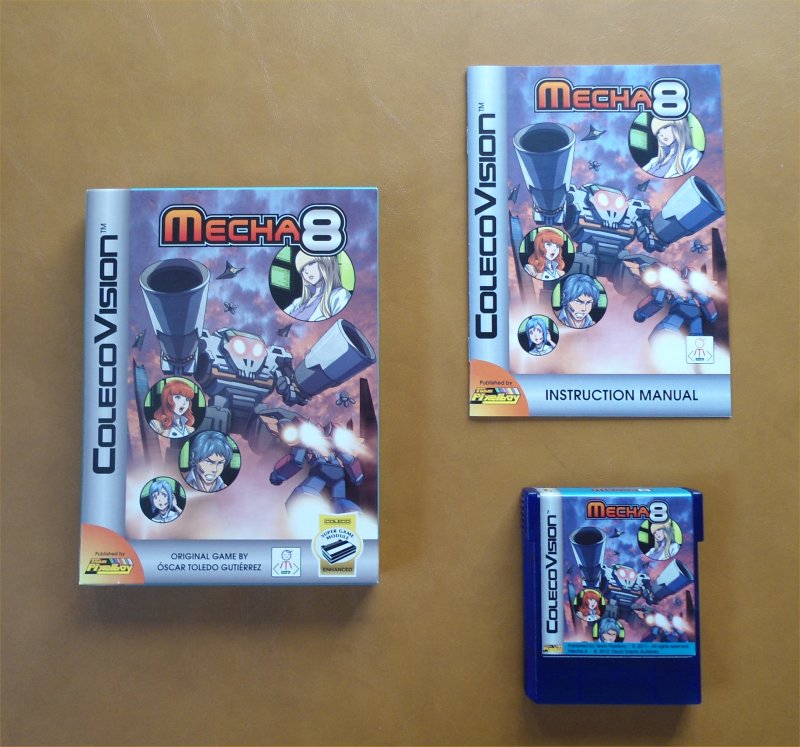 Here is a YouTube video of the ColecoVision version of Mecha-8.