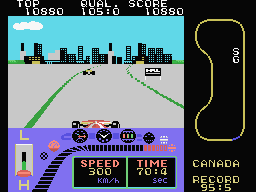 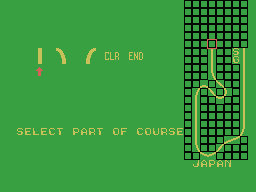 Get your adrenaline rush on the world's most competitive race tracks!

Get behind the steering wheel of your F-1 race car and try to beat the records on famous grand prix tracks located in Canada, Spain, Germany, and many more! You'll be able to keep racing only if you meet the qualifying time of each track, so push your engine to the max while carefully maneuvering around competing cars to reach the finish line and score maximum points!

Skillfully switch from low gear to high gear, and keep an eye on your location on the map on the right side of the screen, in order to properly tackle each upcoming curve on the track!

If the tracks get a little too monotonous, create your own with the built-in track editor! 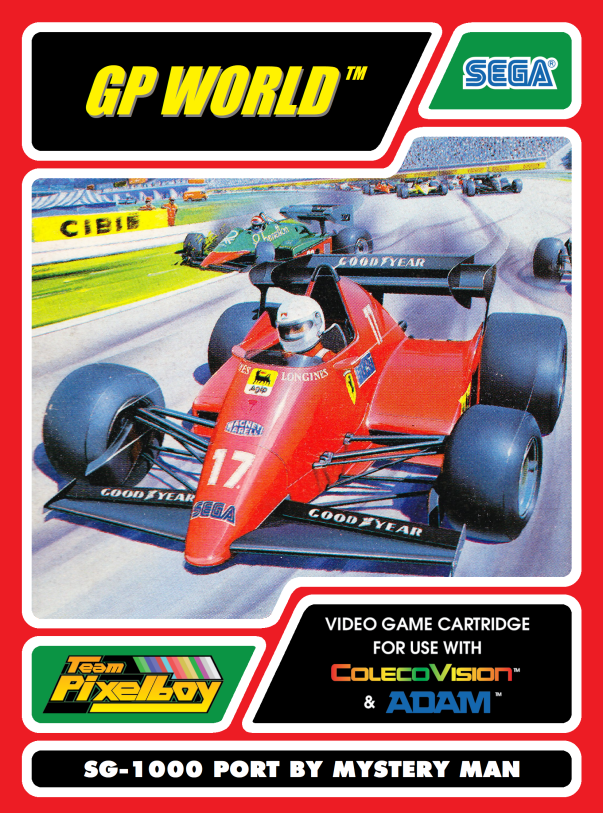 I talked to Mystery Man about this, and I suggested that he could port 9 different SG-1000 games to the ColecoVision, and that these ports could be sold exclusively via the AtariAge Store, using the same kind of two-piece boxes that were used for the budget series. After reaching an agreement with Albert over at AtariAge, Mystery Man performed the ports, including this port of GP World. 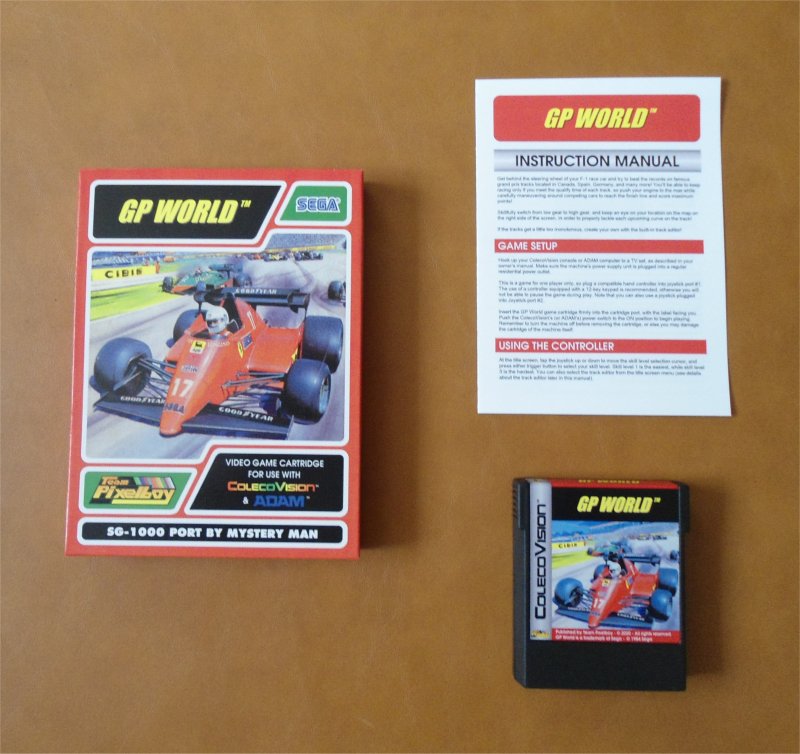 Here is a YouTube video of the SG-1000 version of GP World. The ColecoVision version looks, sounds and plays the same as what you see below.