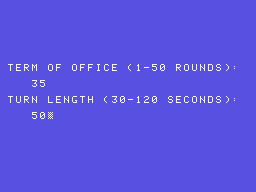 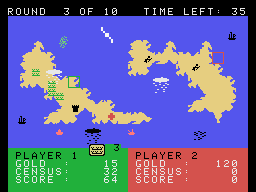 Do you have what it takes to help your island nation prosper?

In this real-time resource management simulation, each player controls an island and must help it grow by spending gold bars to create farmland, to build facilities (like houses, forts, factories, hospitals and schools) and new boats (to catch fish or patrol the ocean), or to finance rebel movements on the other player's island. Keep your island people happy by generating income and increasing general prosperity, or face possibilities of rebellion on your own island. Climate elements (rain, hurricanes, etc.) can either help you or ravage your crops and facilities. As the clock ticks down during each turn, you must maximize your return on investment by making wise decisions. The player with the most accumulated points at the end of the last turn wins the game. 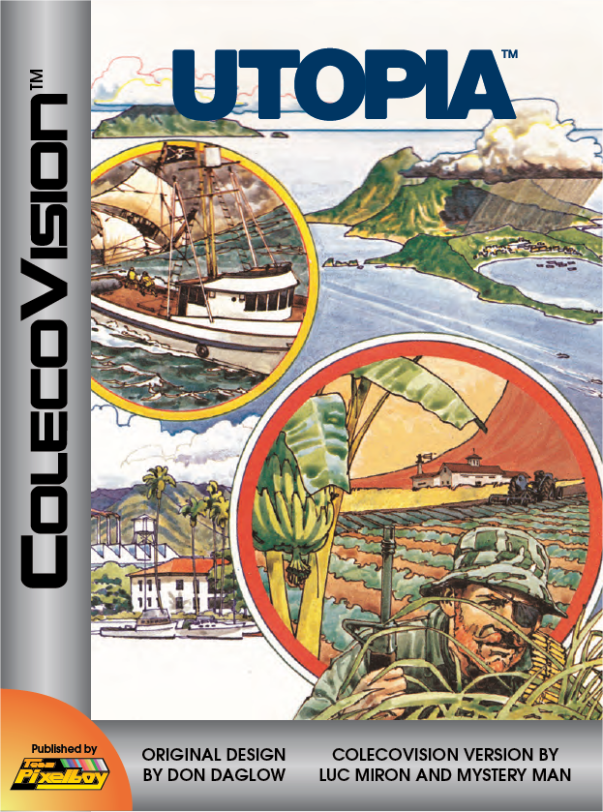 There's not a whole lot to say about this project. I asked Mystery Man to do the game for Team Pixelboy in November 2015, and after looking over the original Intellivision game, he accepted to do it. This is great news for me, as I've wanted to release the ColecoVision version of Utopia for several years. :-)

A one-player-versus-CPU mode may be included into this ColecoVision edition, which the original Intellivision game doesn't really have, but it's not a sure thing yet. But the game will definately come with controller overlays, that much is certain!