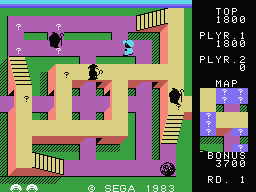 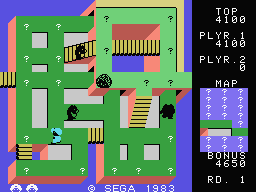 In this exciting adaptation of the classic Sega arcade puzzle game, you take on the role of the legendary Sindbad who must avoid monsters while piecing together a treasure map that indicates the location of a priceless magical lamp hidden within the maze Sindbad is exploring.

Each piece of the map you pick up reveals a clue about the location of the hidden lamp, and to score bonus points, you must dig and uncover the lamp with as few clues as possible. Of course, the monsters who patrol the area don't want you to find this treasure, so it's up to you to stay ahead of them (by blocking them with holes or running them over with boulders) as you try to solve the mystery! 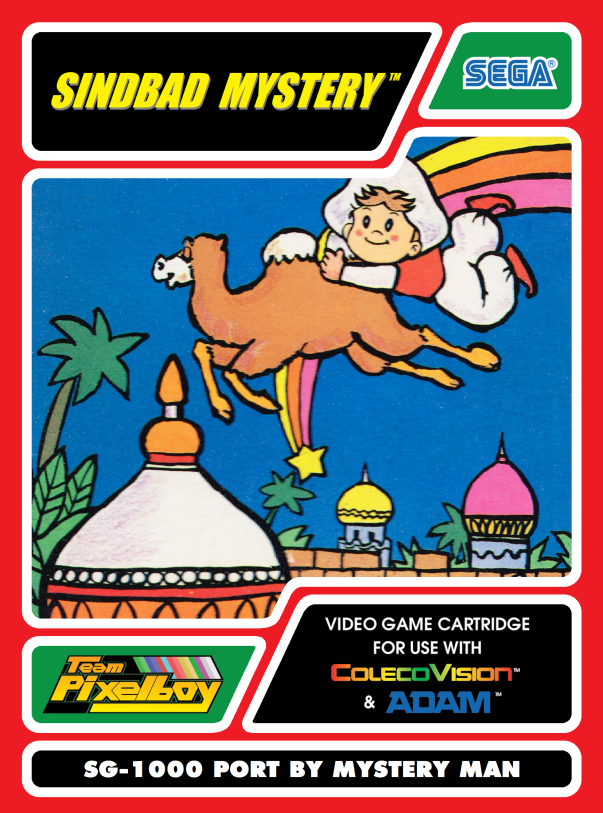 I talked to Mystery Man about this, and I suggested that he could port 9 different SG-1000 games to the ColecoVision, and that these ports could be sold exclusively via the AtariAge Store, using the same kind of two-piece boxes that were used for the budget series. After reaching an agreement with Albert over at AtariAge, Mystery Man performed the ports, including this port of Sindbad Mystery. 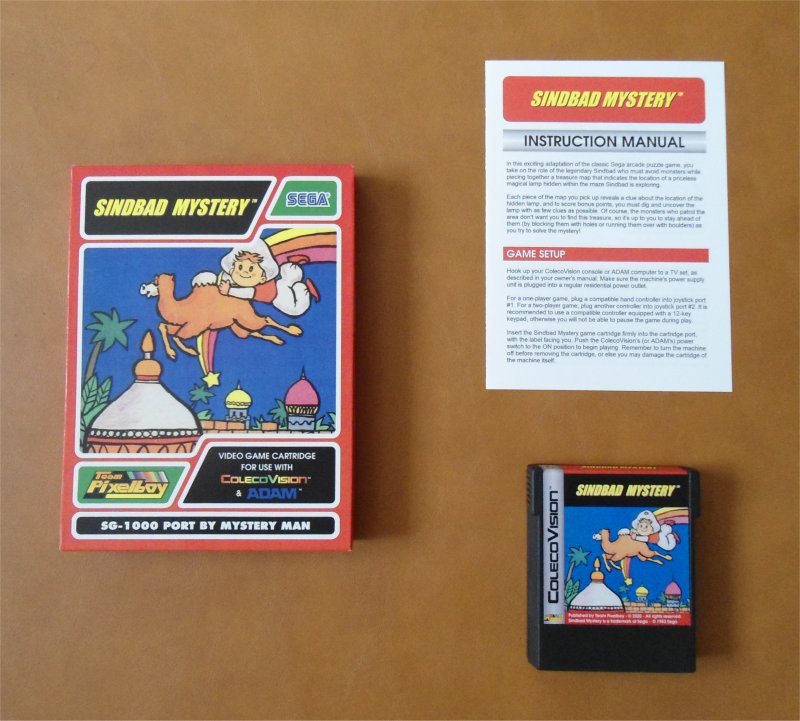 Here is a YouTube video of the SG-1000 version of Sindbad Mystery. The ColecoVision version will look, sound and play the same as what you see below.