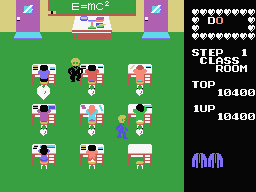 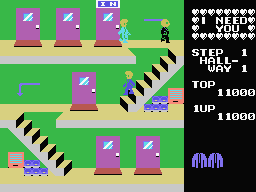 Don't let school get in the way of spending time with your girlfriend!

As Mikie, the local heartthrob of your high school, you've got a problem: You misplaced the forged doctor's note that would have allowed you to skip school today, and now you're stuck in your boring classroom while your girlfriend is waiting outside in her car with a picnic basket all ready to go!

Desperate times call for desperate measures, as you recall reading from some lame textbook, so you've decided to make a run for it! But your teacher and other school personnel have other plans for you, and if they catch you, you'll be spending the rest of the day in detention!

As you evade the school staff, by out-running, head-butting or throwing objects at them, you must collect hearts in each school room in order to increase your determination to escape and ride off into the afternoon sun with your gorgeous girlfriend! You'll catch up on school work tomorrow! 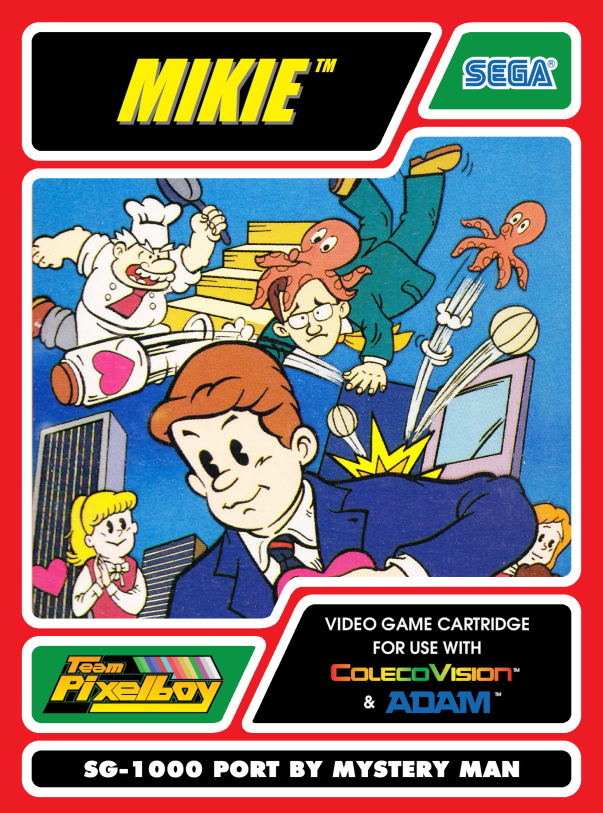 I talked to Mystery Man about this, and I suggested that he could port 9 different SG-1000 games to the ColecoVision, and that these ports could be sold exclusively via the AtariAge Store, using the same kind of two-piece boxes that were used for the budget series. After reaching an agreement with Albert over at AtariAge, Mystery Man performed the ports, including this port of Mikie (known as Shinnyū Shain Tōru-kun in Japan). 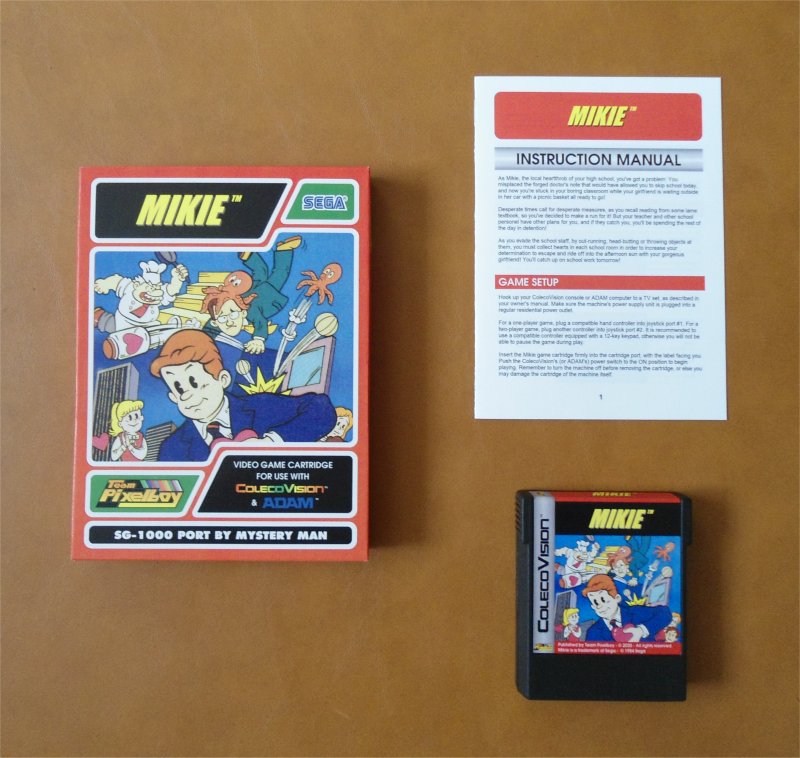 Here is a YouTube video of the SG-1000 version of Mikie. The ColecoVision version looks, sounds and plays the same as what you see below.