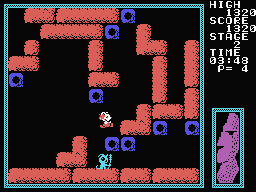 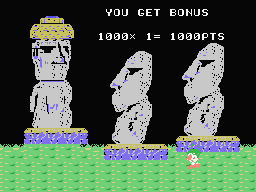 There's treasure in them Moai statues!

During his tourist exploration of Easter Island, Joey the mouse discovered that the Moai statues scattered along the shores of the island are actually hollow, and they contain treasure which only a little mouse like him can collect! Looking to mine the statues for all they are worth before someone else discovers the Moai's secret, Joey wasted no time in acquiring a hammer, which allows him to smash small boulders and reach higher levels inside the statues. But not only does he need to steer clear of falling boulders that can crush him, he also needs to look out for guardian spirits who guard the Moai's treasure! 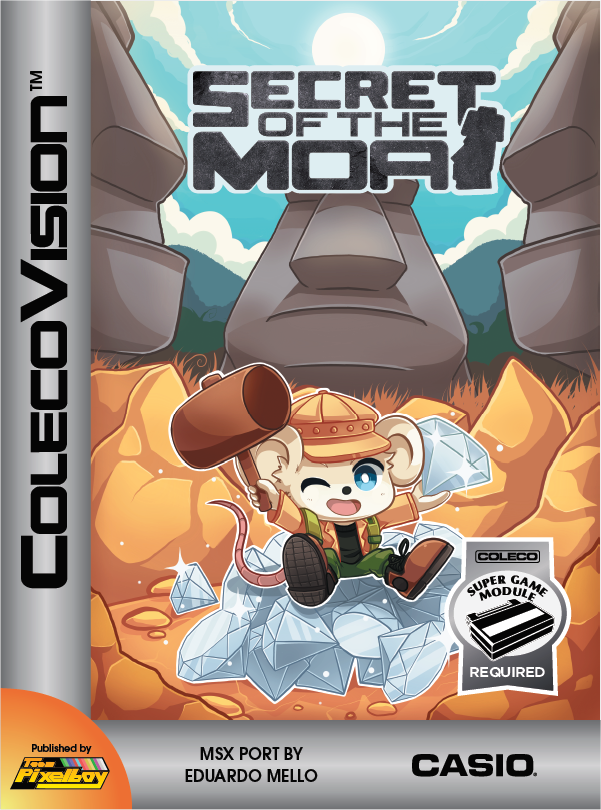 In March 2015, Eduardo Mello contacted me and offered to port any 32K MSX games I wanted, in an effort to raise money for his projects. I looked over what was available and I selected several titles, including "Moai No Hihou" (which loosely translates to "Secret Treasure of the Moai"). The port was completed in early May 2015. 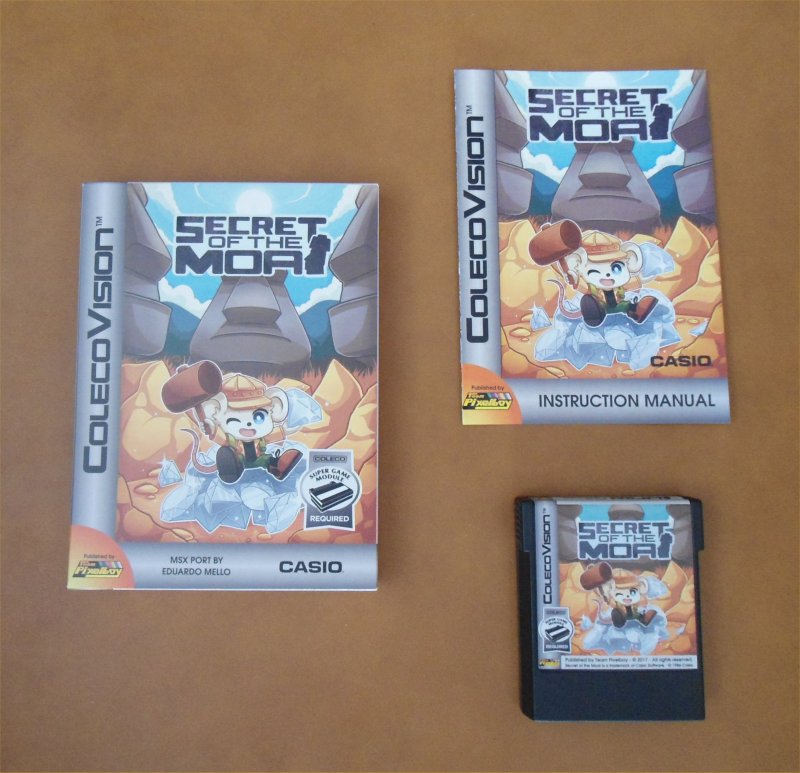 Here is a YouTube video of the MSX version of Secret of the Moai. The ColecoVision version looks, sounds and plays the same as what you see below.