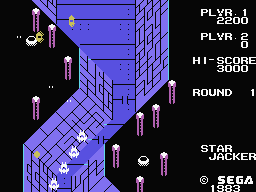 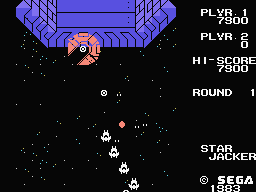 Only a true Star Jacker can tackle this mission!

You are the leader of a squadron of space fighters. You have been ordered by your superiors to fly over alien territory and destroy their space bunkers, as well as their fleets of space drones. Destroy a space bunker and you can bypass the rest of the enemy installation and return to your transport ship.

You start with a squadron of four fighters, and each time a fighter is destroyed, your squadron becomes smaller, and your firepower is reduced as a result. How long can you survive against the increasingly aggresive alien forces, in this challenging adaptation of the Sega arcade game? 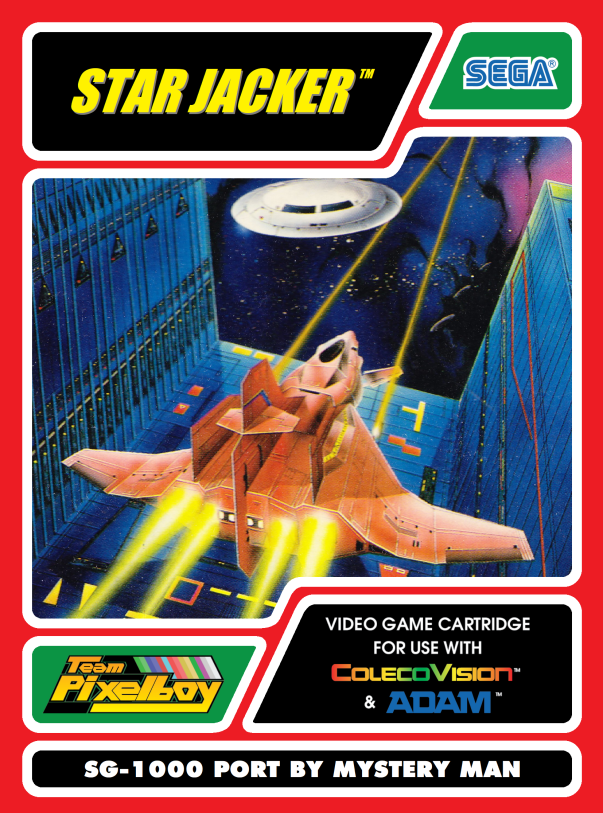 I talked to Mystery Man about this, and I suggested that he could port 9 different SG-1000 games to the ColecoVision, and that these ports could be sold exclusively via the AtariAge Store, using the same kind of two-piece boxes that were used for the budget series. After reaching an agreement with Albert over at AtariAge, Mystery Man performed the ports, including this port of Star Jacker. 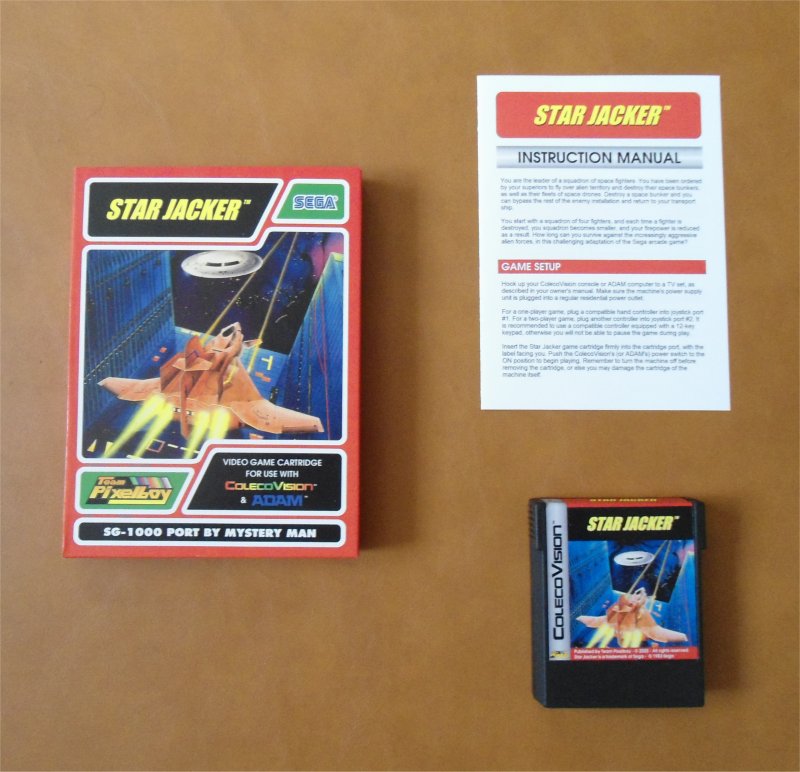 Here is a YouTube video of the SG-1000 version of Star Jacker. The ColecoVision version looks, sounds and plays the same as what you see below.