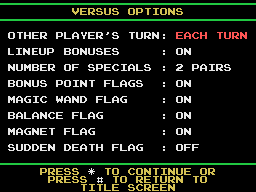 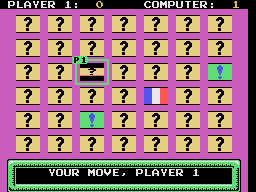 Challenge a friend or the computer in this friendly tile-matching game. Players take turns flipping tiles, revealing flags from countries all over the world. Uncover two flags of the same country to score points. You can also score extra points via the tic-tac-toe system applied to flipped tiles, or by flipping special tiles that affect the game in various ways. For a different kind of challenge, you can also play in "solitaire" mode, which lets you try to uncover all the matching flags without going over a given limit of consecutive mismatches. 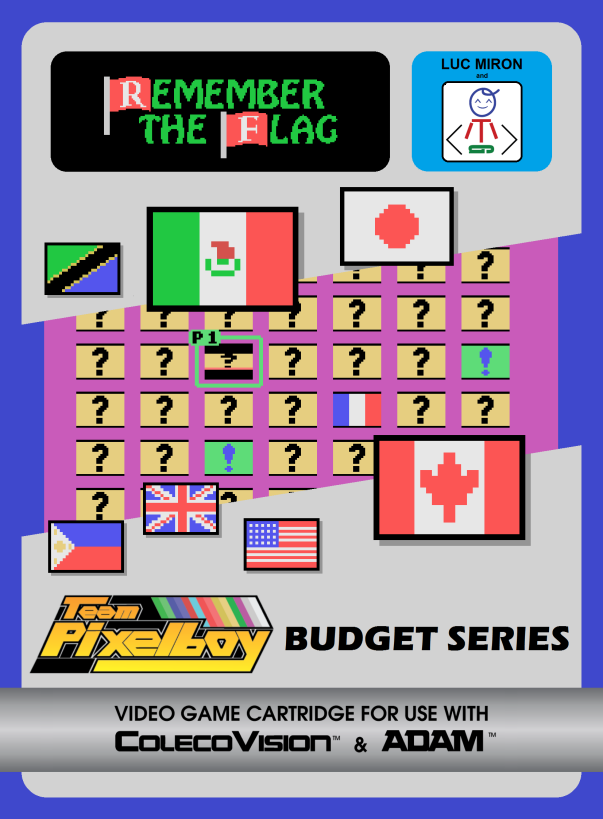 Armando Pérez Abad was a truly big help in making this budget series what it is. Not only did he introduce me to several people in the MSX homebrew community, he also volunteered to program a few games from scratch just for the budget series, because he really wanted to help Óscar as much as he could. These games coded from scratch had to be simple enough to be coded rapidly, and I had to create the graphics myself for all of them, so I jumped on the opportunity and suggested several interesting titles. Armando accepted programming three of those suggestions, namely Kaboom!, Remember The Flag and Yars' Revenge. However, recent changes in Armando's life forced him to drop Remember The Flag, and Óscar Toledo Gutiérrez was kind enough to pick up the project and see it through to the end.

Remember The Flag is the only truly "new" game in the Team Pixelboy budget series, in the sense that it's not a port from an MSX game or a game released on another console that was recoded from scratch for the ColecoVision. It is strongly inspired from the boardgame "Match II", but as the designer of the game, I added some elements which are designed to take advantage of the video game format. 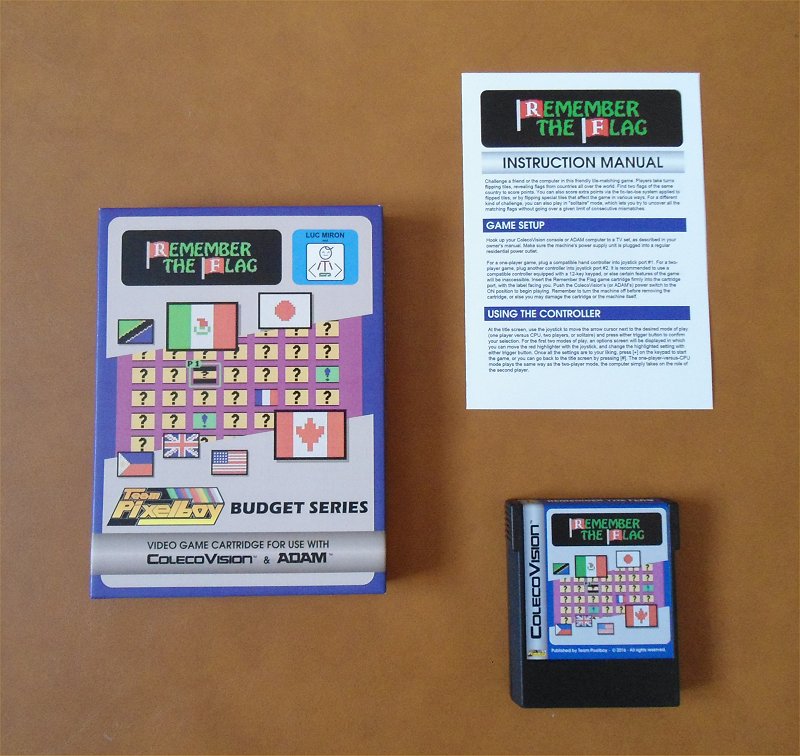 Here is a YouTube video of Remember The Flag for ColecoVision.