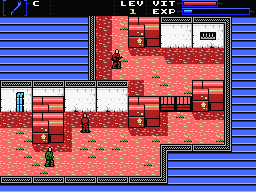 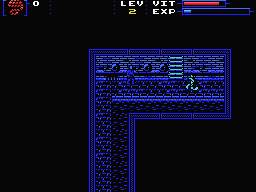 Captured behind enemy lines... But not for long!

As a highly-trained soldier, you were sent on a top-secret solo mission behind enemy lines by your government to locate a missing colonel. But your chopper was spotted by the enemy and shot down. You managed to survive the crash, but you were captured and are now a prisoner of war held in a detention compound.

It takes more than a few metal bars on a window to keep you prisoner for very long, however, and your mission has not changed. Perhaps the colonel you're looking for is locked up somewhere in this enemy compound, or maybe not...

The first priority is escaping your captors. Use all weapons and items you can find to regain your freedom and complete your mission! 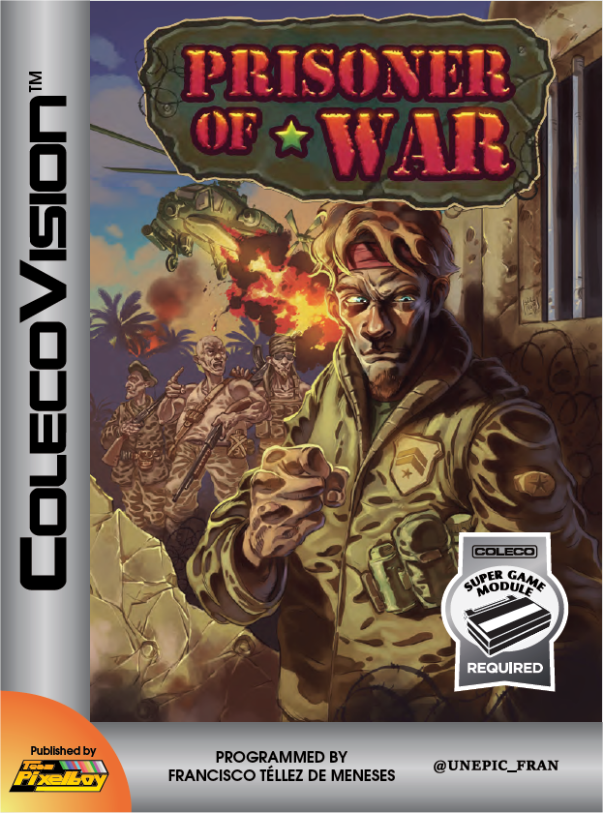 In the summer of 2018, while casually browsing the software database of Generation-MSX, I came across Ghost, an MSX homebrew game that looked like a distant cousin of Metroid.

I was introduced to the author/coder of Ghost, Francisco Téllez De Meneses, via a common friend, namely Armando Pérez Abad. Francisco and I reached a publishing deal for Ghost on ColecoVision fairly quickly, and during our e-mail exchanges, Francisco asked me if I would be interested in publishing the ColecoVision version of the game he was working on at the time, namely Prisoner of War.

He showed me some footage of the game, and Prisoner of War had more than a passing resemblance to Metal Gear, so obviously I said "Sure! Of course!". And so the game was ported not long after the port of Ghost was completed. 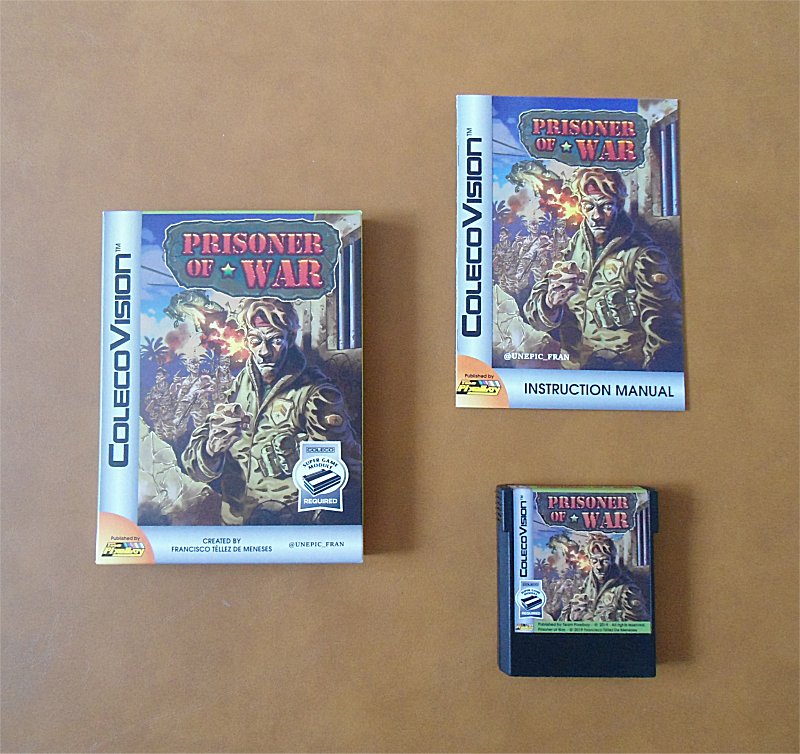 Here is a YouTube video of the MSX version of Prisoner of War. The ColecoVision version looks, sounds and plays the same as what you see below.