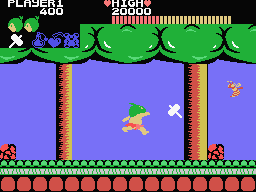 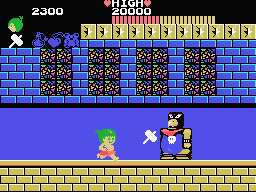 Can Tom-Tom rescue his girlfriend from the clutches of the evil Drancon?

Oh no! Tom-Tom's girlfriend Tanya has been adbucted by Drancon, the evil lizard king! Now it's up to Tom-Tom to rescue her! Through forests and caves, Tom-Tom must run, jump and toss his trusty stone hammer at dangerous animals that stand in his way, then face a boss monster at the end of each stage. Help him catch the fruits and eggs that appear before him to restore his health, and also keep an eye out for special treasures that will give you bonus points! 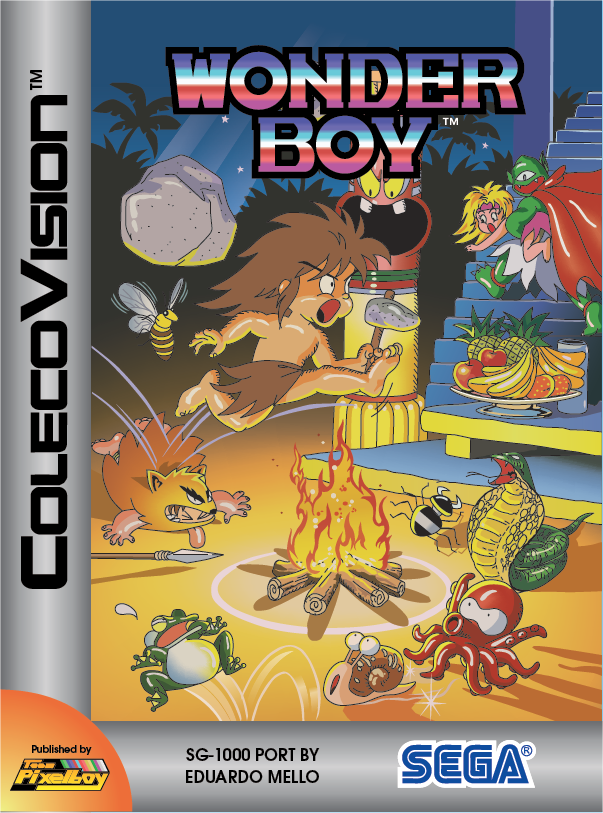 In early March 2011, Eduardo contacted me and offered me his future SG-1000 and MSX ports, so that they may be published by Team Pixelboy, including Wonder Boy. I gladly accepted, and now Wonder Boy is available to all ColecoVision fans eager to add one more high-quality game to their collection!

Here is a YouTube video of the SG-1000 version of Wonder Boy. The ColecoVision version looks, sounds and plays the same as what you see below.