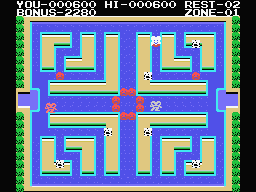 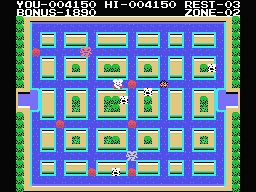 All is not well in Mopiland! Invaders from far away, the Razzons, are bent on enslaving the peaceful Mopiras! The first phase of their plan was to capture the young Moplits and lock them up in their maze-like water castles, but they didn't count on Mopiranger, the hero defender of Mopiland! As the Mopiranger, ride your trusty canoe through the Razzon's water castles, and free the Moplits! Use your Stone Beamer to turn the Razzons to stone, but be careful not to block yourself into a corner of the maze! Go, Mopiranger, Go! 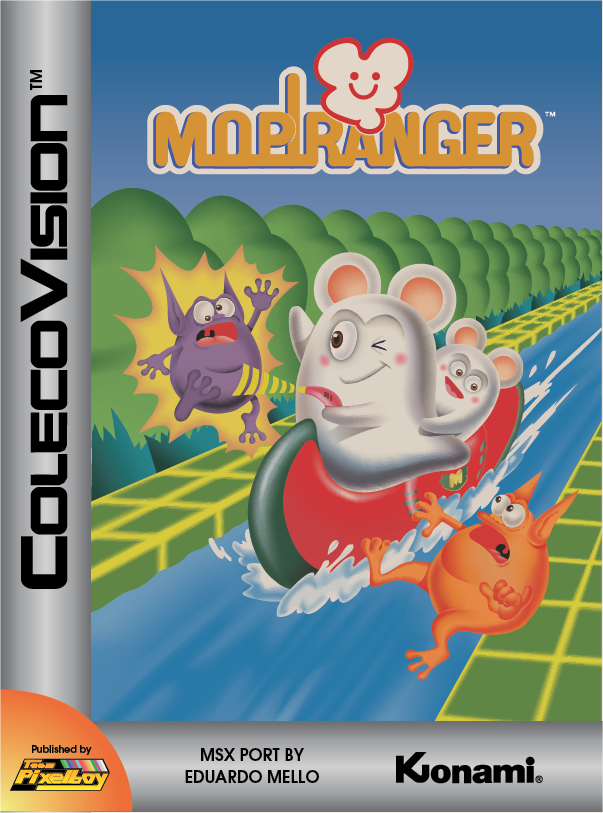 In early March 2011, Eduardo contacted me and offered me his future SG-1000 and MSX ports, so that they may be published by Team Pixelboy, including Mopiranger. I gladly accepted, and now Mopiranger is available to all ColecoVision fans eager to add one more high-quality game to their collection! 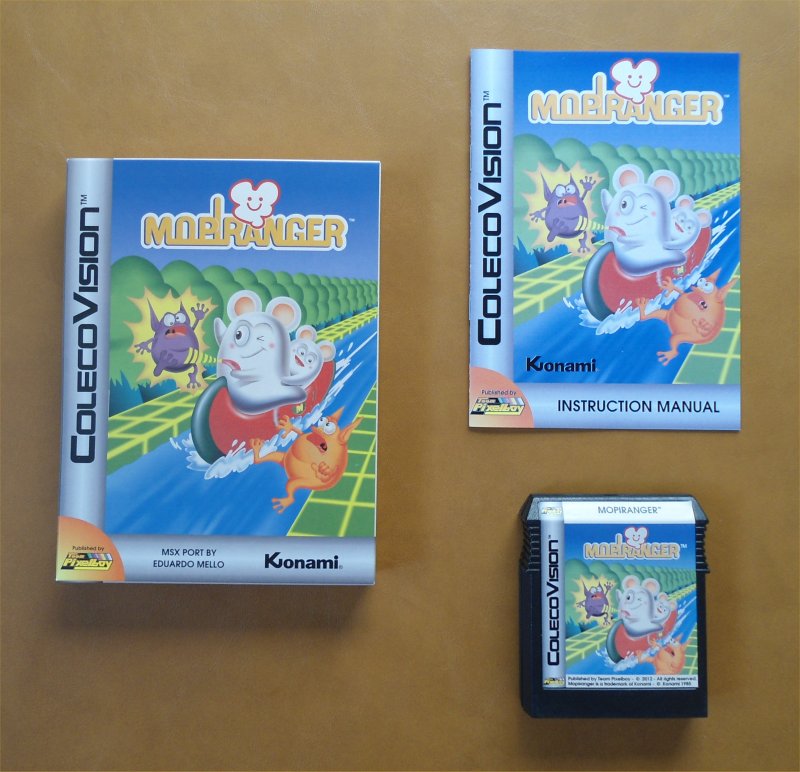 Here is a YouTube video of the MSX version of Mopiranger. The ColecoVision version looks, sounds and plays the same as what you see below.