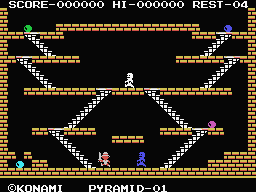 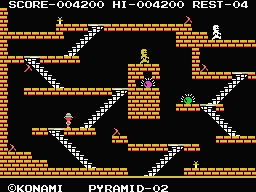 It takes more than a mummy's curse to scare away Vick the adventurer!

Vick, the notorious English adventurer from Manchester, has gone to the Valley of the Pharaohs in search of the Mystery Jewels, which supposedly hold the secret of eternal life in the Kingdom of the Sun God. These jewels were locked away in secret pyramids guarded by cursed mummies. Use knives and pickaxes left behind by the ancient egyptian builders to collect the jewels and uncover passageways to the other pyramids. Will Vick fall victim to the dreaded curse of the mummy? 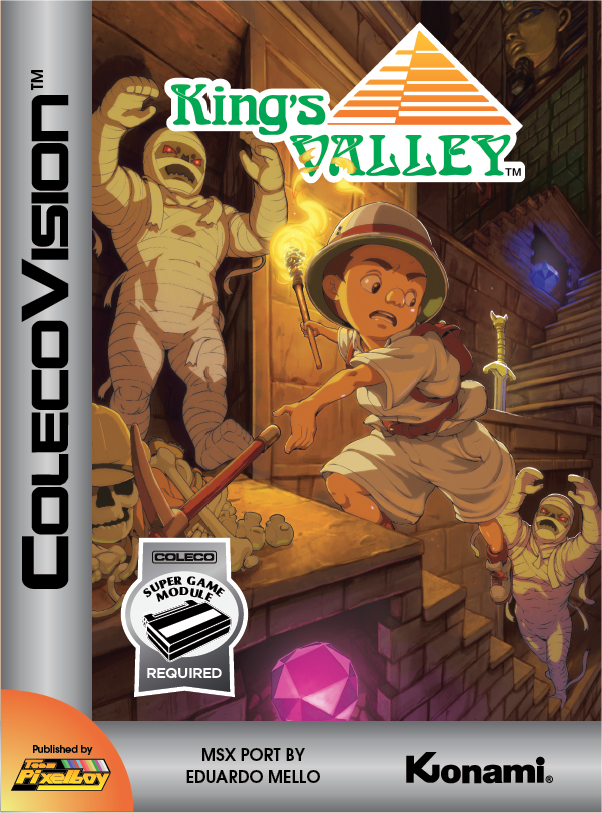 In early 2012, as the prototype of the Super Game Module entered the final stages of development, Eduardo Mello decided to concentrate his efforts on porting several MSX games to the ColecoVision, games that require the extra RAM and the extra MSX sound chip that the Super Game Module offers. Eduardo asked me if I wanted to publish a few of these MSX ports, including King's Valley, and I happily accepted. 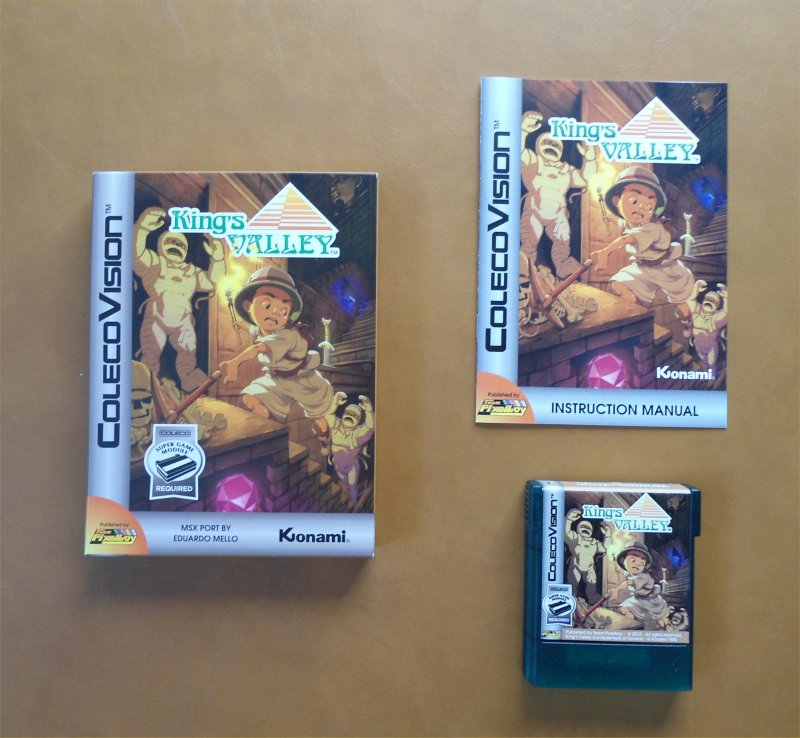 Here is a YouTube video of the ColecoVision version of King's Valley.