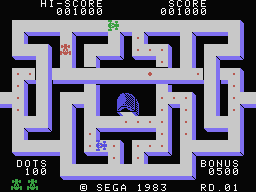 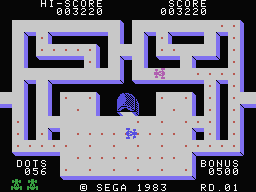 Welcome to the Pacific Car Derby, or PACAR for short! Unlike other car battle derbies that focus mainly on demolition, this race is all about outwitting your opponents, as you must drive your car in a closed road maze and collect fuel pellets to earn points! The derby organizers have hired kamikaze drivers who patrol the road maze and crash into any contender's car without hesitation. It's now your turn to enter the road maze with your car! How long can you last? 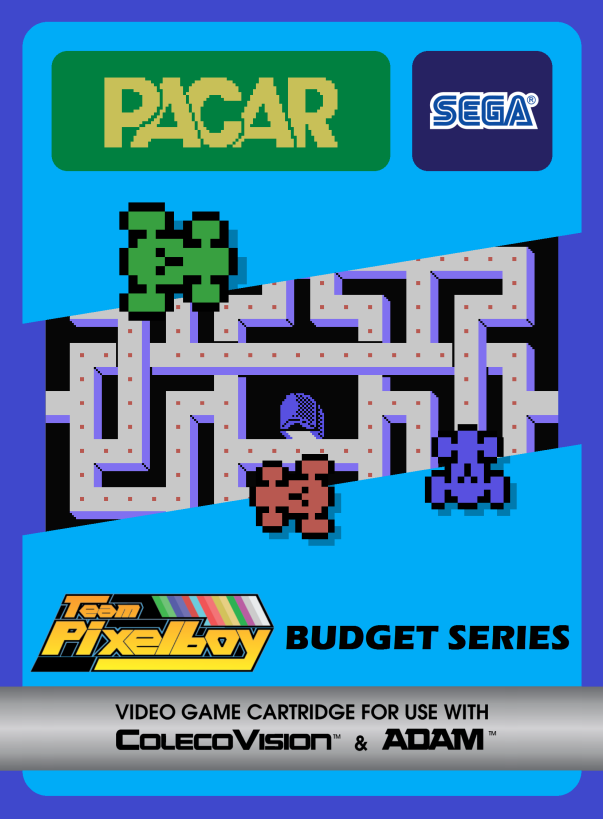 After the publishing deal for Yars' Revenge fell through (because the programmer didn't finish the software in a reasonable amount of time) I asked Mystery Man if he would be willing to help by porting the SG-1000 game Pacar to the ColecoVision, and he graciously accepted. This game had previously been attached to CollectorVision, but they let me publish Pacar in exchange for letting them publish Yars' Revenge.


This game was completed and released in 2018. 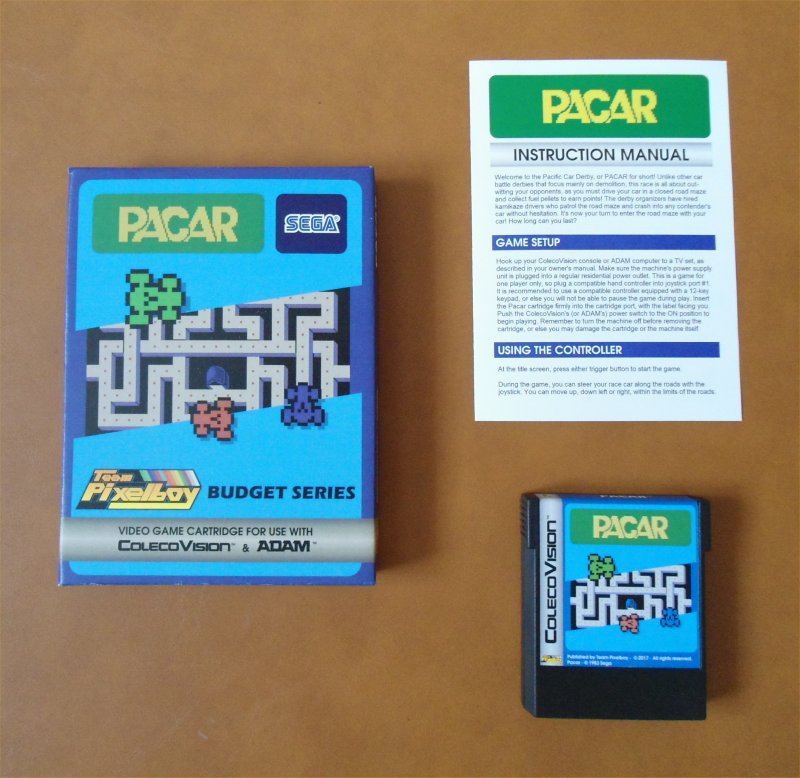 Here is a YouTube video of the SG-1000 version of Pacar. The ColecoVision version looks, sounds and plays the same as what you see below.