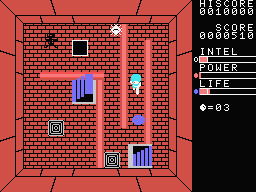 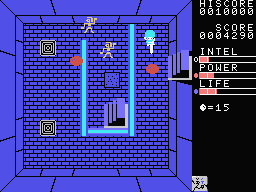 Only you can reassemble the lost Stone of Wisdom!

Long ago, an enchanted stone was carved by the ancient egyptian gods, as a vessel to transmit their wisdom to mankind. However, the stone quickly became a coveted object for those who sought power. After several wars waged to protect the stone, a pharaoh finally decided that such power should not be left in the hands of mortals. So he had the stone shattered into four pieces, and these pieces were burried deep into sacred pyramids.

However, the gods were not pleased with the pharaoh's decision, and they cursed the sacred pyramids with an infestation of deadly creatures and magical traps. Realizing his mistake near the end of his life, the pharaoh gave his son a mission: To enter the four cursed pyramids, with a sword and his cunning as his only weapons, and retrieve all four pieces of the stone. Only then may the pharaoh's family regain the favor of the gods! 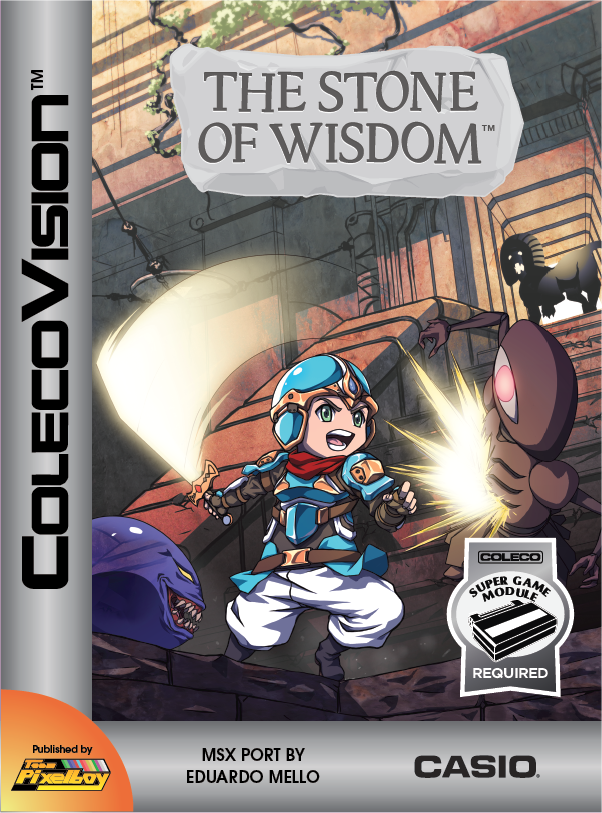 In early 2012, as the prototype of the Super Game Module entered the final stages of development, Eduardo Mello decided to concentrate his efforts on porting several MSX games to the ColecoVision, games that require the extra RAM that the Super Game Module offers. Eduardo asked me if I wanted to publish a few of these MSX ports, and I happily accepted.

However, after Eduardo maintained radio silence for a long time, I decided to go to "plan B" where The Stone of Wisdom was concerned and I asked Mystery Man if he would be willing to perform the port. I was quite relieved when he accepted, and the port was completed in March 2015.

Interestingly, one of the major changes I asked Mystery Man to do while he was doing the port was to lower the background music by one octave. The music in the ColecoVision version is now much less annoying than the original MSX game after prolonged play sessions. :-) 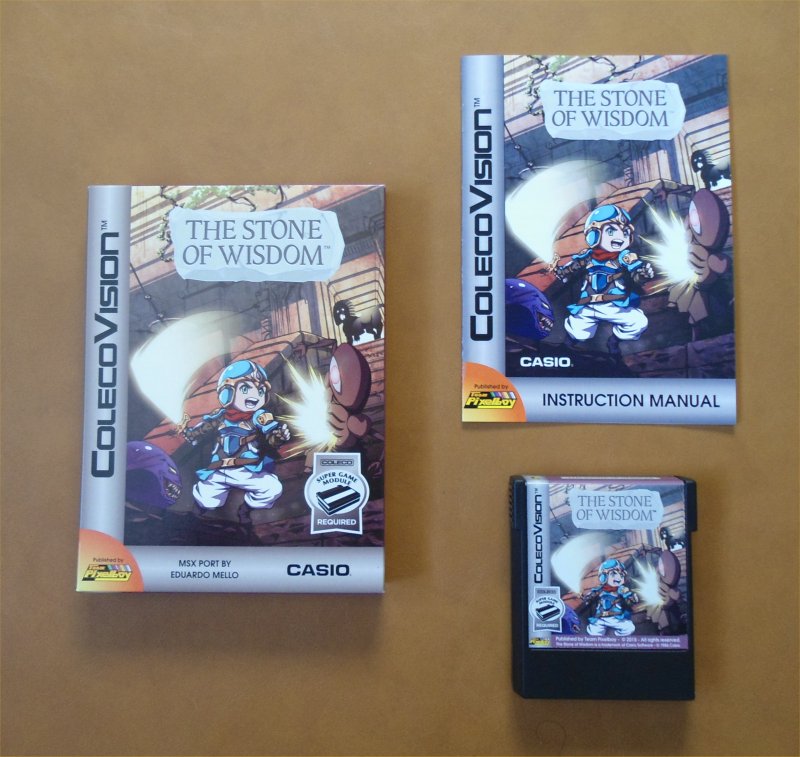 Here is a YouTube video of the MSX version of The Stone of Wisdom. The ColecoVision version looks, sounds and plays the same as what you see below.