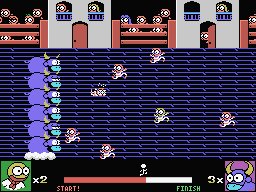 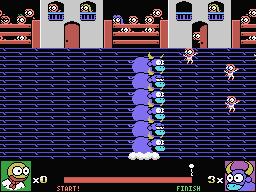 You are a young Texan cowboy called Patsie, living a peaceful life at your parent's ranch. One day, you see the San Fermín festival on TV. After watching the 'encierro' (the famous Navarre running of the bulls) you immediately feel you must go to Spain and live that experience on your own. So, after working long hours and saving some money, you manage to buy an airplane ticket to Spain. Everything is ready to start your journey, following Hemingway's steps: Participate in eight consecutive bull runs without getting harmed. The 'fiesta' awaits you!! 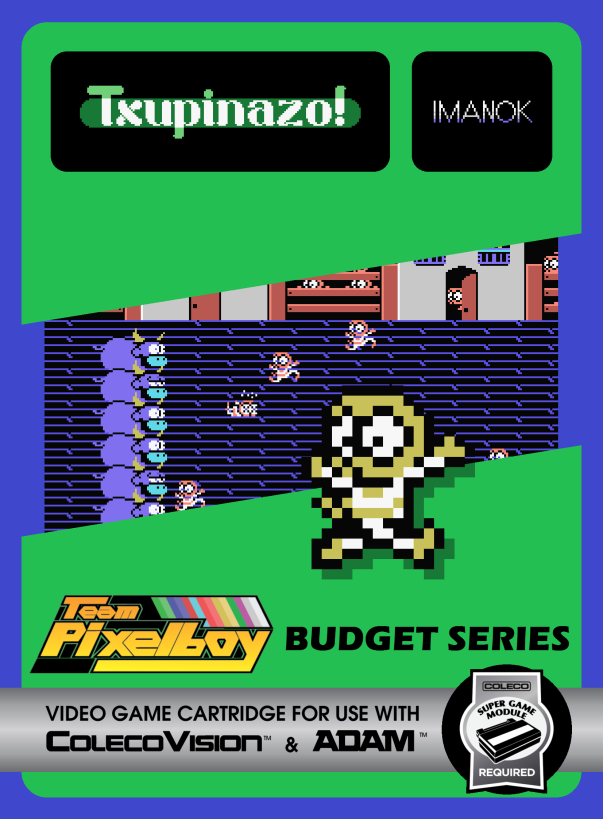 When I told Armando Pérez Abad about my budget game project, he contacted a few of his friends in the MSX homebrew community on my behalf, one of which was David Fernandez (a.k.a. Imanok). David graciously offered to let me publish ports of many of his MSX homebrew games to help Óscar. Óscar himself ported Txupinazo! to ColecoVision. 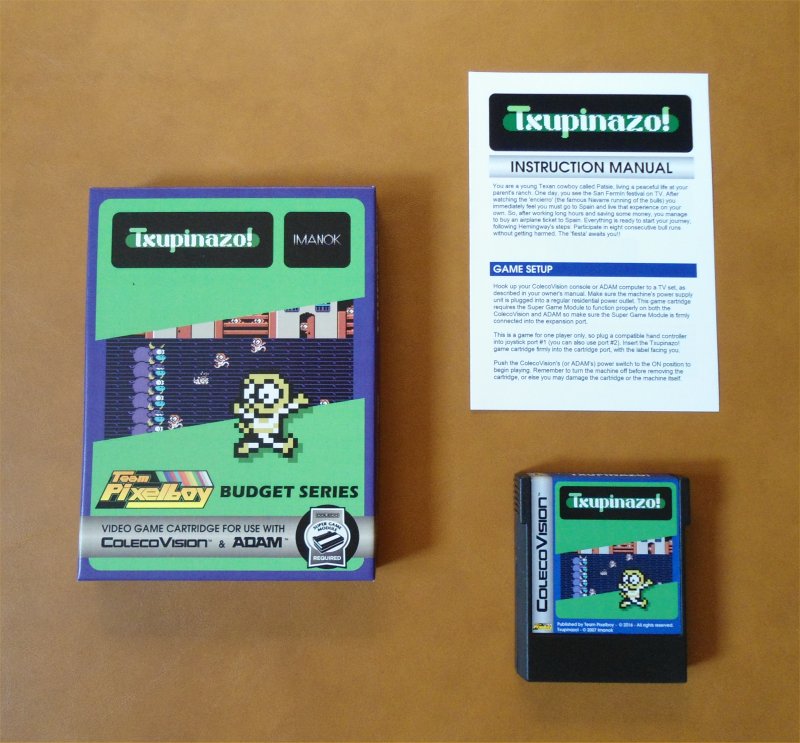 Here is a YouTube video of the ColecoVision version of Txupinazo!.