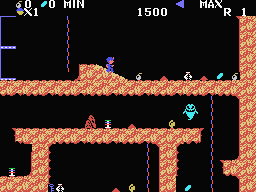 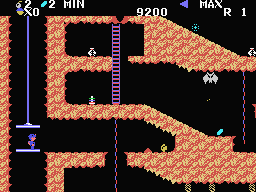 Only the bravest spelunker can hope to find the burried treasure!

Priceless treasures await you in a chamber deep within the earth. Between you and the treasure are traps and barriers, restless ghosts of spelunkers who lost their way, and countless other dangers. Your mission is to explore the caves and find the keys that will unlock the doors leading to the next passages. There is a tale of a legendary pyramid, in the deepest part of the cave, filled with riches beyond your wildest dreams...

In early 2012, as the prototype of the Super Game Module entered the final stages of development, Eduardo Mello decided to concentrate his efforts on porting several MSX games to the ColecoVision, games that require the extra RAM that the Super Game Module offers. Eduardo asked me if I wanted to publish a few of these MSX ports, and I happily accepted.

However, after Eduardo maintained radio silence for a long time, I decided to go to "plan B" where Spelunker was concerned and I asked Mystery Man if he would be willing to perform the port. I was quite relieved when he accepted, and the port was completed in February 2015.

Spelunker was selected, among several candidates, by AtariAge forum members, via a poll that ended in late February 2012. 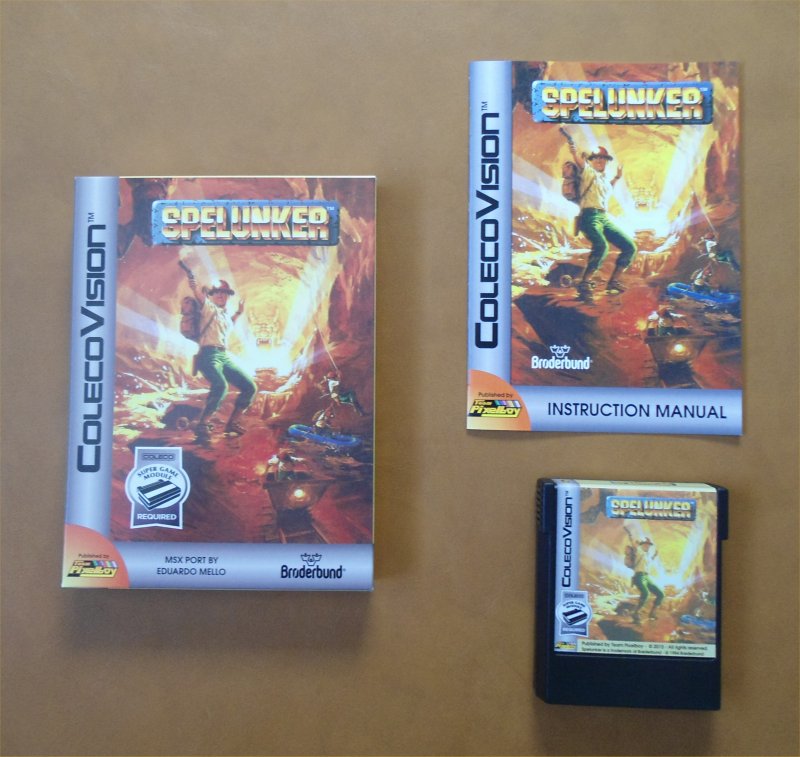 Here is a YouTube video of the MSX version of Spelunker. The ColecoVision version looks, sounds and plays the same as what you see below.