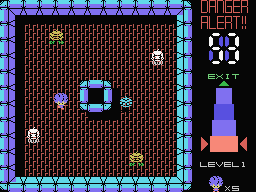 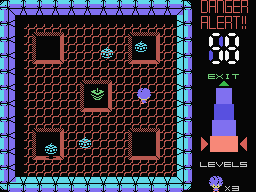 The plan was simple: To break into the Danger Tower and steal the world's largest diamond. But after disabling the main alarm system, finding your way to the basement and grabbing the treasure, you tripped over a secondary alarm and a horde of holobots were activated. A single electrified touch of these holobots can kill you, so you have to evade them long enough for the floor timer to count down to zero and see the stairway to the next floor appear. You must survive through all 15 floors in order to reach the top of the tower and escape! 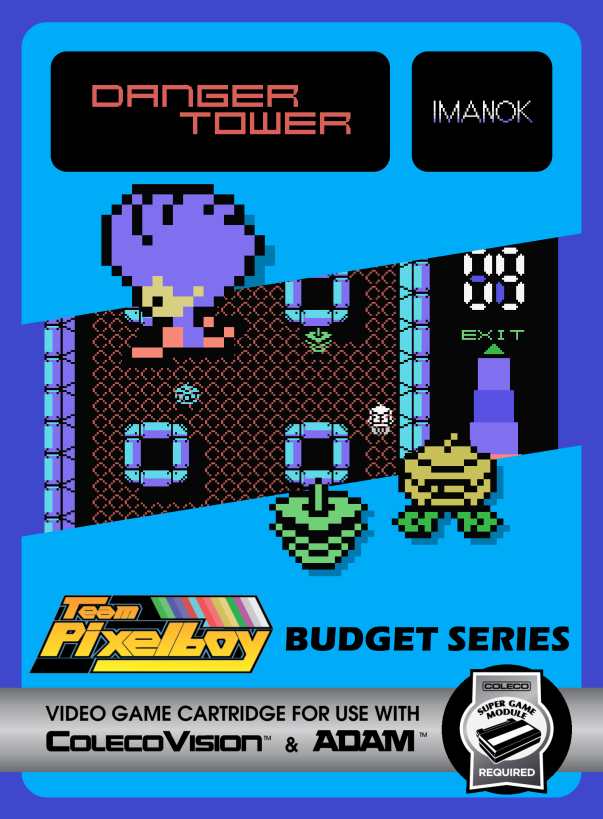 When I told Armando Pérez Abad about my budget game project, he contacted a few of his friends in the MSX homebrew community on my behalf, one of which was David Fernandez (a.k.a. Imanok). David graciously offered to let me publish ports of many of his MSX homebrew games to help Óscar. Óscar himself ported Danger Tower to ColecoVision. 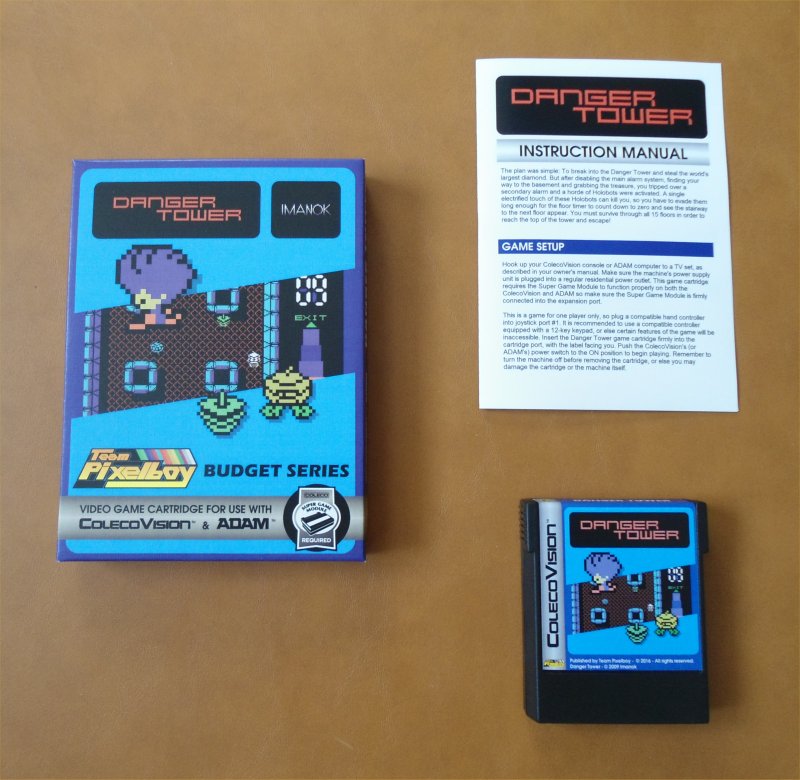 Here is a YouTube video of the ColecoVision version of Danger Tower.