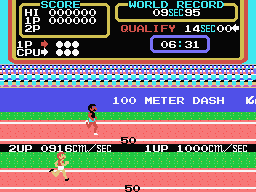 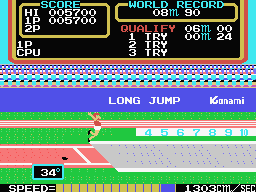 Athletes from all over the world converge in a single location to proove their worth, in the greatest sports competition of all time: The olympic games! In Konami's Track & Field, you can join them and get a nice work-out in the process! One or two players participate in such time-honored olympic events as the 100-meter dash, the long jump and the hammer throw. In each event, the player must qualify against a pre-determined time or distance in order to proceed to the next event. If not, the competition is over. The points added to your score after each event depend on your athletic performance. Can you make your home country proud? 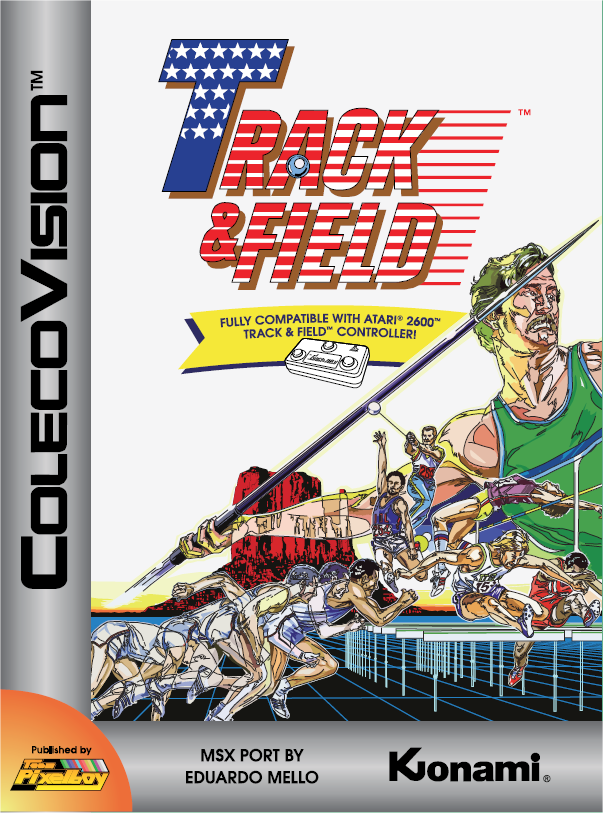 The starting point of this project actually dates back to a few years ago, during my time as executive producer of Opcode Games. My collegue Eduardo had plans to release a compilation of MSX ports, called Konami Sports Collection, which included certain games for which Eduardo wanted to include support for the Atari 2600 Track & Field controller.

At one point, I spotted a seller on eBay who was selling a large number of those special controllers, and I saw an obvious opportunity right there: Opcode Games could offer a pack-in controller with Konami Sports Collection! So I bought 35 Track & Field controllers from that eBay seller, without telling Eduardo because I wanted to surprise him later on.

Events unfolded in an unfortunate way afterwards, and Eduardo scrapped his plans to release Konami Sports Collection. So I was stuck with 35 custom controllers for which there isn't much of a demand these days. But if I could include a pack-in game with each of those controllers, I'm sure they would sell like hot cakes!

So this is why I convinced Eduardo to port the MSX version of Track & Field to the ColecoVision, to be published under my Team Pixelboy label. I bought 15 more Track & Field controllers from that very same eBay seller during the summer of 2009, so that I could have an even 50. One such controller was included with the first 50 copies of Track & Field produced. 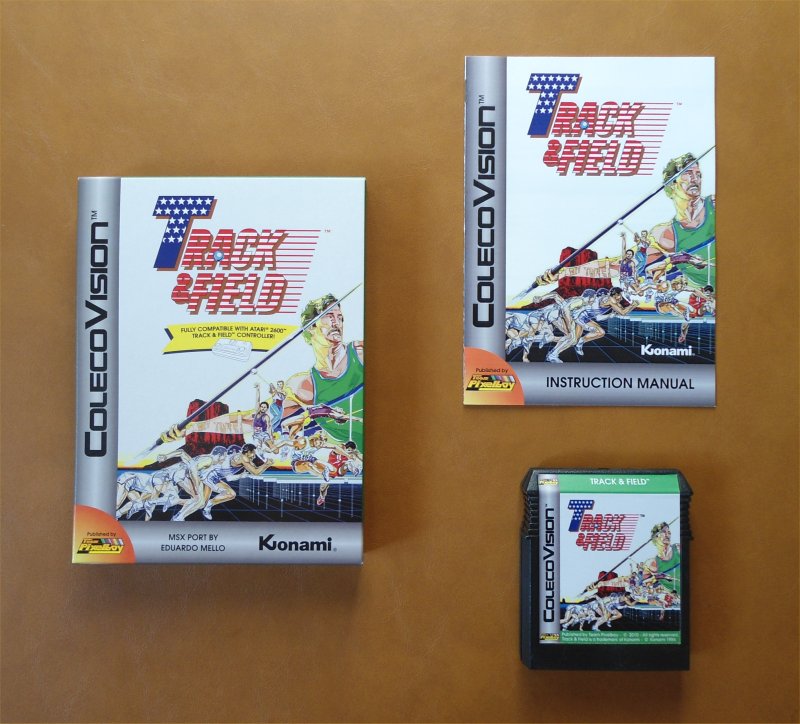 Here is a YouTube video of the ColecoVision version of Track & Field.