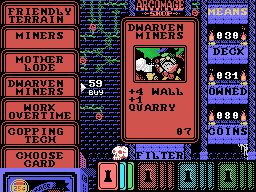 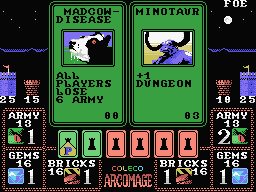 The cards shall decide the fate of your homeland!

A long time ago, a traveller, an emissary of the god Ceth, settled among the people of Shrikar. He taught them many things helping them to advance in the knowledge of weaving spells. An age of prosperity began and the emissary continued on his journey. To honor him and his teachings, the people created the Arcomage guild.

Several hundred years after his departure, they would experience the Wars of Arcomages hundred of times and ten evil dark wizards became the rulers of your homeland... The enemy is at the gates, Arcomage. Gather your resources, summon your armies and join the battle... 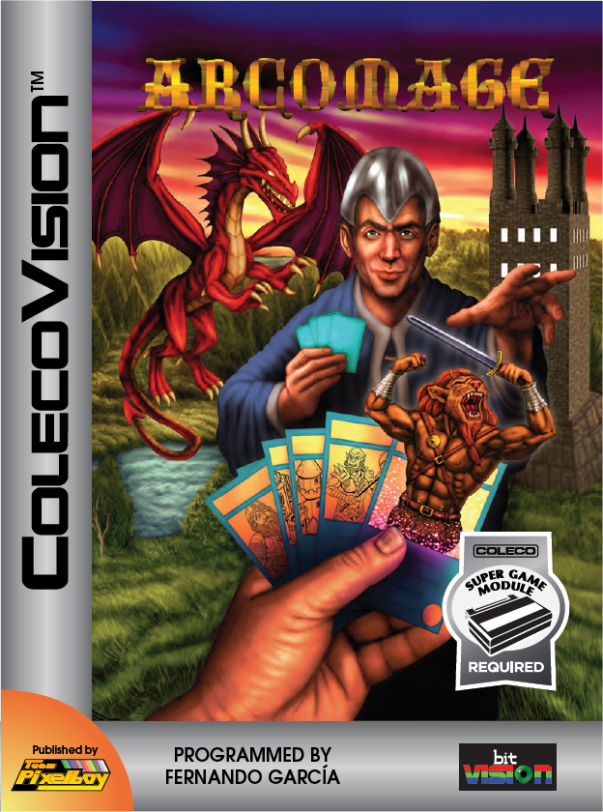 My first dealings with Fernando García were related to the port of Gauntlet from MSX to ColecoVision, in December 2015. In June 2016, I told Fernando about my budget games project, which was designed to help my friend Óscar Toledo Gutiérrez with the medical bills of his wife and newborn daughter. While the 17 games of the budget series were locked in, I was still looking to publish a few more games to help Óscar even more.

I knew that one of the MSX games Fernando created was Arcomage, and I thought it would be nice to add a card battle game to the Team Pixelboy library, so I convinced Fernando to port Arcomage to the ColecoVision. The game cartridge will include a savegame chip, because game sessions can get a little long-winded.

Part of the money from the sales of this game will be going to Óscar, so Arcomage (along with QBIQS and Uridium) can be considered an extension of the budget series. 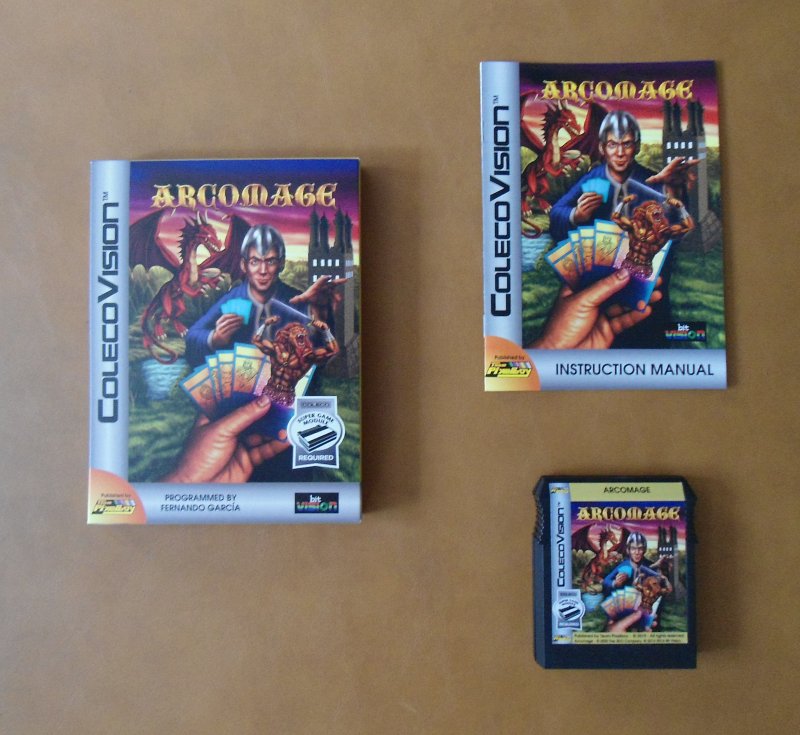 Here is a YouTube video of the MSX version of Arcomage. The ColecoVision version looks, sounds and plays the same as what you see below.