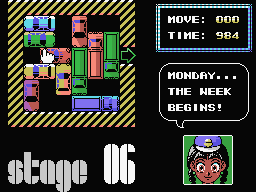 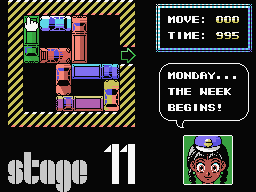 You're Sandy Olson, a young and beautiful traffic policewoman in charge of helping hundreds of drivers face the unavoidable traffic jam caused by summer roadworks. One of those drivers is Danny Zucku, an executive who works for a very important company. He has been your friend for some time, but now you feel you want to be something more than only his friend. So you make an extra effort to help him get to his job on time, by moving the cars and trucks around the area to clear a path for Danny's sportscar. As the days pass, the traffic jams get worse, and helping Danny becomes quite a challenging puzzle for you. If Danny cannot escape the morning traffic, he may get fired! 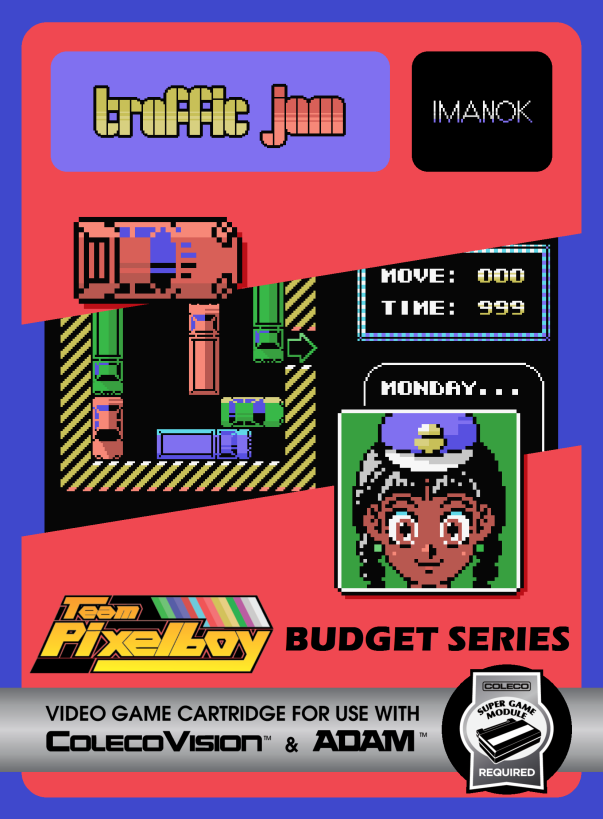 When I told Armando Pérez Abad about my budget game project, he contacted a few of his friends in the MSX homebrew community on my behalf, one of which was David Fernandez (a.k.a. Imanok). David graciously offered to let me publish ports of many of his MSX homebrew games to help Óscar. Armando himself ported Traffic Jam to ColecoVision. 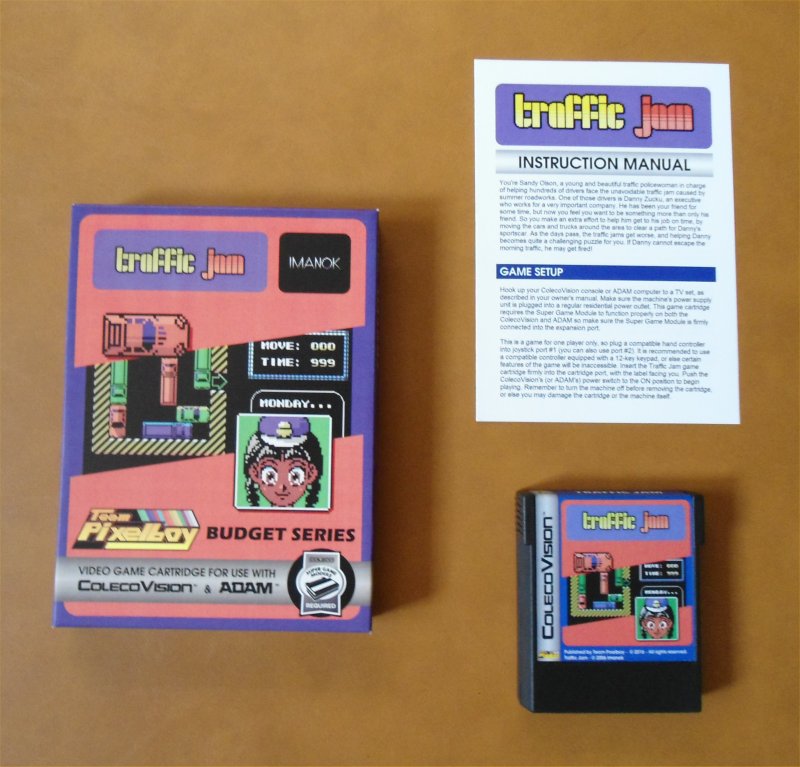 Here is a YouTube video of the MSX version of Traffic Jam. The ColecoVision version looks, sounds and plays the same as what you see below.