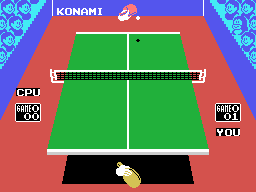 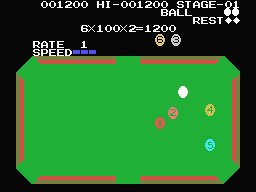 Experience the fast-paced thrills of Ping-Pong!

In this challenging and realistic 8-bit simulation of Ping-Pong, you will need fast reflexes and good timing. Create strategies to defeat the CPU or a friend. You can use "drive" and "cut" techniques to return the ball, allowing you to control speed and to dump the ball to undefended spots on the opponent's court. And if your opponent hits an easy "floater" back to you, get your timing down and smash it back!

As an added bonus, Konami's Billiards is also accessible in this ColecoVision game cartridge! 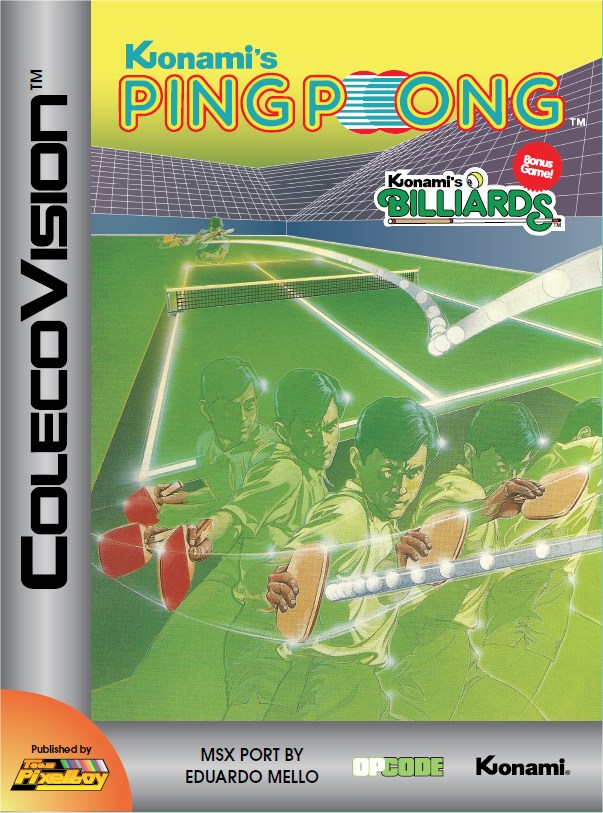 In early March 2011, Eduardo contacted me and offered me his unreleased SG-1000 and MSX ports, so that they may be published by Team Pixelboy, including his modified MSX port of Konami's Ping-Pong (which contains Konami's Billiards as a secret bonus). I gladly accepted, and now you can add this high-quality game to your collection! 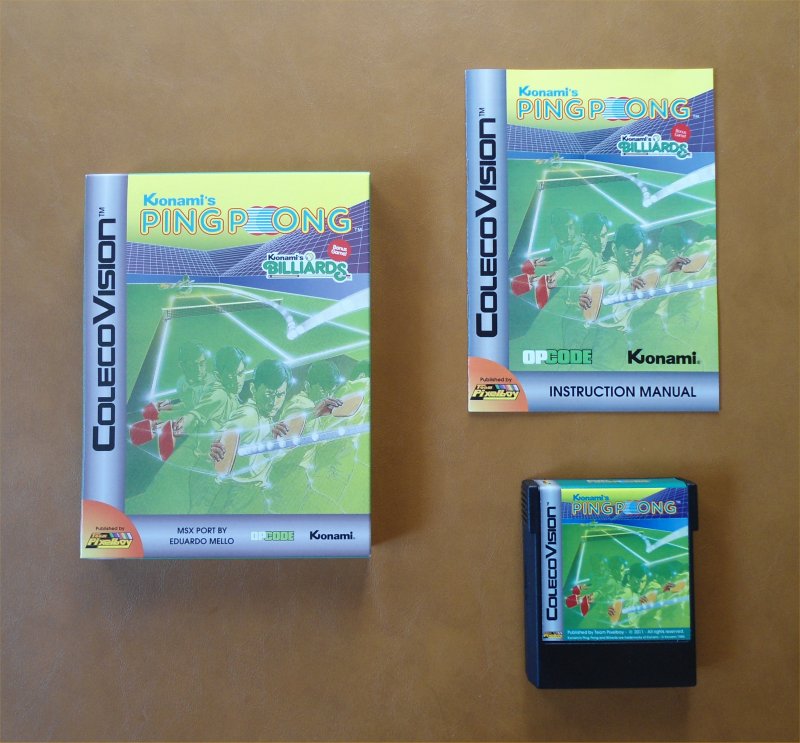 Here is a YouTube video of the MSX version of Konami's Ping-Pong. The ColecoVision version looks, sounds and plays the same as what you see below.

Here is a YouTube video of the MSX version of Konami's Billiards. The ColecoVision version looks, sounds and plays the same as what you see below.