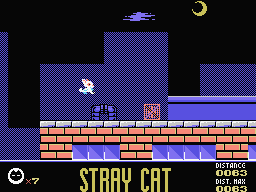 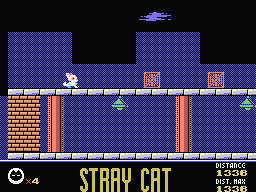 I'm Flash, the fastest Spanish cat in the city. I've spent the day wandering around with my friends, looking for some food and having fun... but I've suddenly remembered I have a date with Iris, the cutest kitty of the downtown area!! I'm already late and I have a long way to go, so I decided to race across the city rooftops to get to Iris' penthouse faster... But the rooftops are definately not safe, with obstacles around every corner! Iris is certainly worth the risk! I'll show you why they call me Flash!! 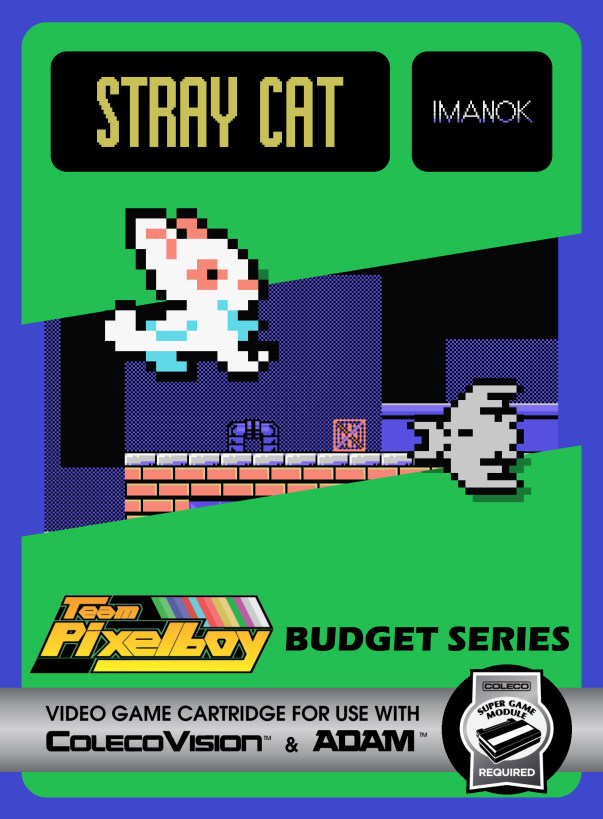 When I told Armando Pérez Abad about my budget game project, he contacted a few of his friends in the MSX homebrew community on my behalf, one of which was David Fernandez (a.k.a. Imanok). David graciously offered to let me publish ports of many of his MSX homebrew games to help Óscar. Óscar himself ported Stray Cat to ColecoVision. 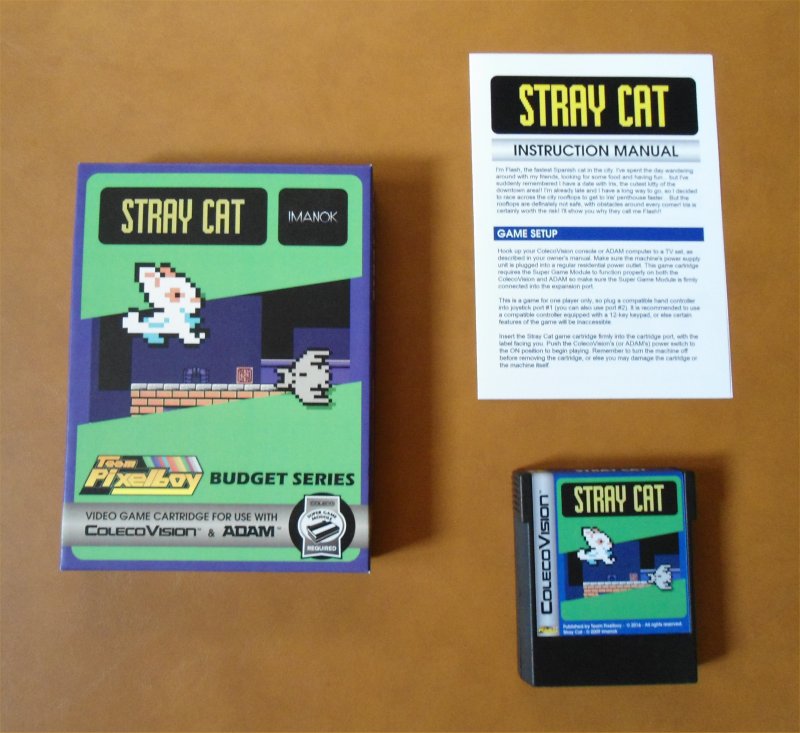 Here is a YouTube video of the ColecoVision version of Stray Cat.