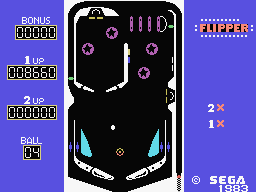 Prove to everyone that you're the pinball king!

Experience the satisfying challenge of pinball machines without sinking loads of quarters into them! Use the controller to operate the flippers in an effort to keep the metal ball in play, and score points in the process by hitting bumpers, spinners, drop targets and kicker holes with the ball.

If you're skilled enough, you can put the ball in the upper left sector of the table equipped with its own set of mini flippers, and keep racking up bonus points! With enough practice, you'll learn how to master the table and beat your high score! 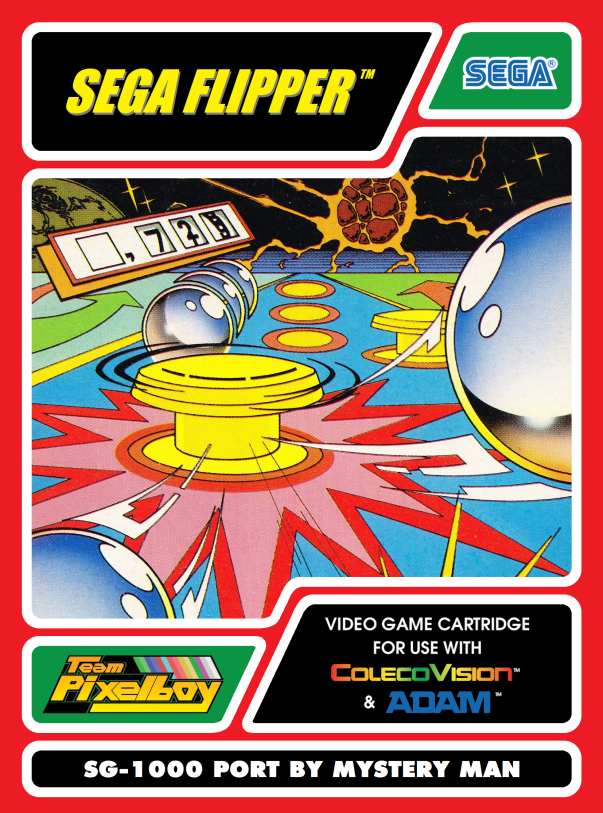 I talked to Mystery Man about this, and I suggested that he could port 9 different SG-1000 games to the ColecoVision, and that these ports could be sold exclusively via the AtariAge Store, using the same kind of two-piece boxes that were used for the budget series. After reaching an agreement with Albert over at AtariAge, Mystery Man performed the ports, including this port of Sega Flipper. 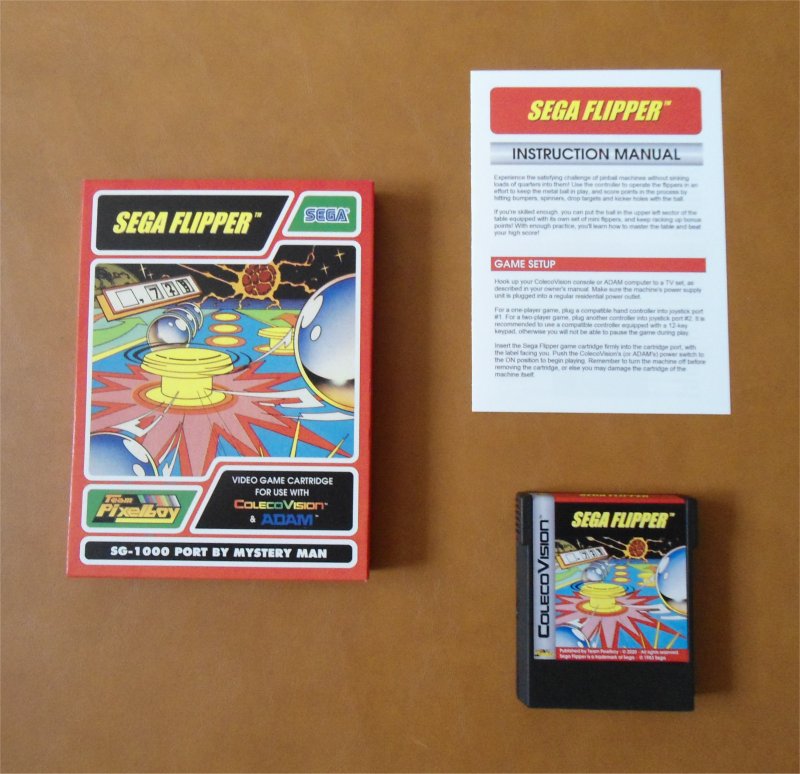 Here is a YouTube video of the SG-1000 version of Sega Flipper. The ColecoVision version looks, sounds and plays the same as what you see below.