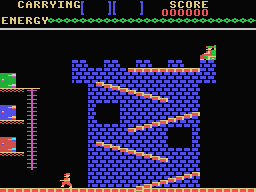 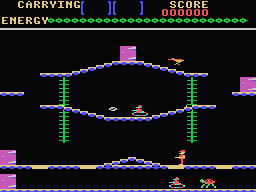 Rise up to the challenge of your king!

The king of your kingdom is looking for a new knight to sire, and you're next in line for the post! However, the king will only give your candidacy serious consideration if you manage to bring back the coveted royal sword from the depths of his deadly dungeon! Armed only with a crossbow, you must run, jump, climb and shoot your way through the maze of dungeon rooms, picking up various items for bonus points and keys to open locked doors along the way. Watch out for patrolling guards of all shapes and sizes, most of which will shoot at you on sight! Find the sword, bring it back to your king, and you will become the hero of your kingdom, and also its next royal knight! 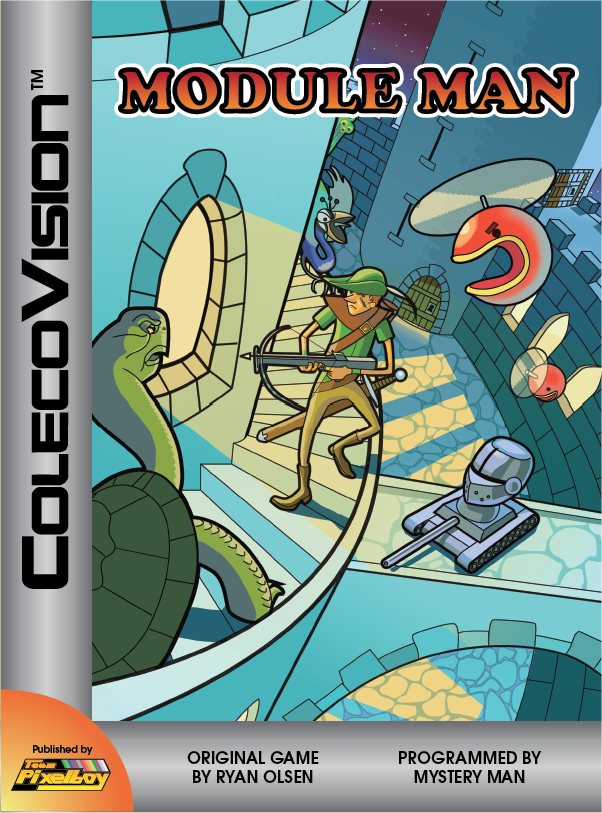 Back in the mid-80s, my parents and I would go to see my older brother at his house, about once or twice a year. While the adults chatted in the living room, my brother would let me play with his Coco-2 computer upstairs. He had many games, and my favorite among them was Module Man.

This game has a rare addictive quality to it. I tried it again under emulation in 2008, just to see how much of my appreciation of the game was based on nostalgia, and I'm happy to report that, after all these years, I still managed to get caught up in the gameplay and I couldn't stop playing! This is largely explained by the fact that every game session is different: Rooms are always the same, but items and enemies are randomly placed inside these rooms, so you never really know what you will find beyond the next door. This simple feature gives the game amazing replay value, despite being rather difficult and unforgiving.

Several homebrew programmers were attached to this project over recent years, but it was Mystery Man who stepped in and saw the coding of this game through to the end, during the first half of 2013.

Unless you're a die-hard Coco-2 fan, you've probably never heard of Module Man, and that's why releasing a ColecoVision version of this game was so important to me. It's my mission to make you discover this little gem of a game. 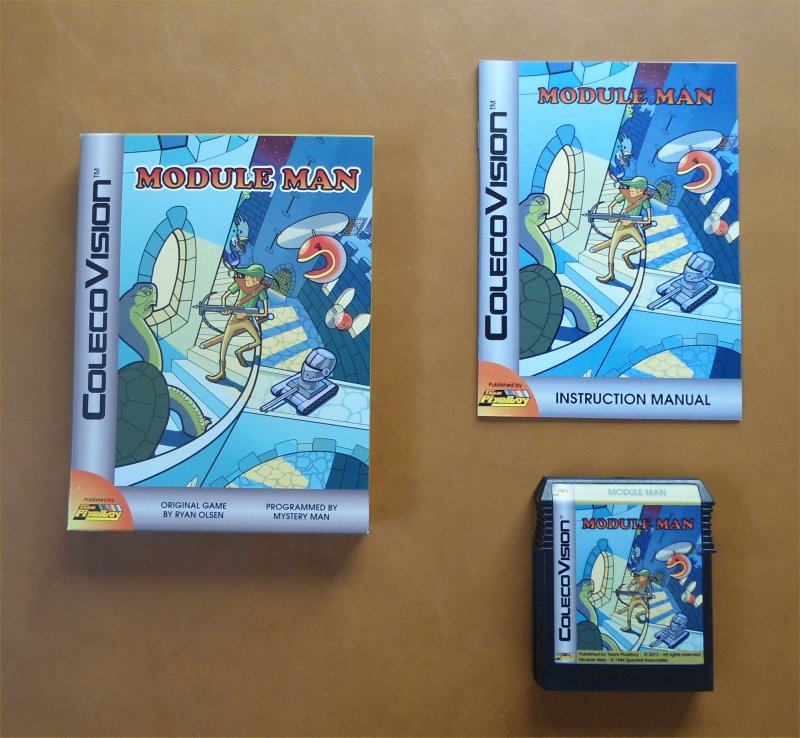 Here is a YouTube video of the ColecoVision version of Module Man.


Here is a YouTube video of the Dragon-32 version of Module Man.