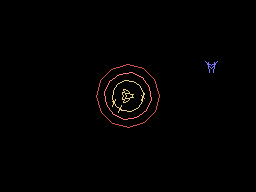 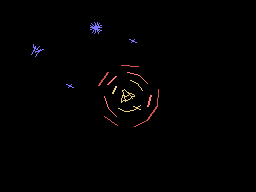 The alien armada has deployed automated outposts around our solar system, as a prelude to a full-scale invasion. Space Command has dispatched you to destroy these outposts, but this is easier said than done: There fortresses are surrounded by energy shields and guarded by space mines. Watch out for the energy cannon that can destroy your ship in an instant! 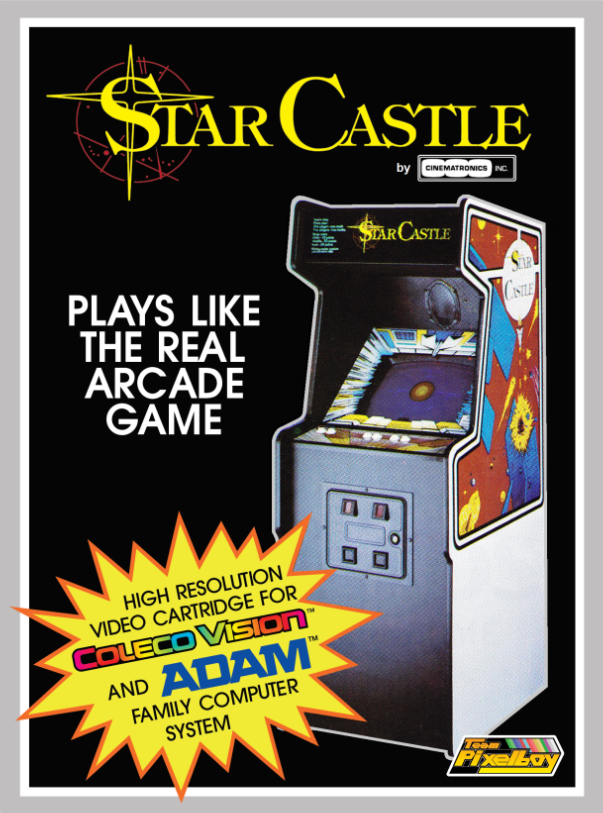 While I was preparing the design document of Asteroids (which Mystery Man used to code the game to my specifications) during the spring of 2020, I started working on Star Castle on the side, as an off-the-record project. The idea was that once Mystery Man has finished working on Asteroids, he could perhaps reuse some of the code from Asteroids in a ColecoVision version of Star Castle.

When I stumbled upon a promotional flyer for the arcade game, I decided to purchase it and create the box template, and in parallel, I asked Mystery Man to commit to the Star Castle project, which he did, and so the game will be programmed some time in 2021.

Programming of this game will be handled by Mystery Man.