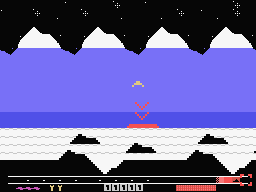 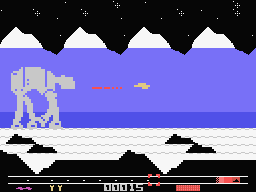 Defend Echo Base against the Imperial AT-ATs!

Imperial scouts have discovered the location of Echo Base, the Rebels' main base of operation, on the planet Hoth! The Empire has dispatched AT-AT walkers to destroy the base's shield generator, and it's up to you to keep these attackers at bay while Echo Base is evacuated! Pilot your Snowspeeder across the frozen wastelands of Hoth and take the AT-ATs head on! Keep shooting at them until they explode, or use your limited supply of grappling hooks to make them fall. Return to Echo Base for quick repairs, and then go back to the battlefield! Only you can ensure the safety of the Rebels as they try to escape the wrath of the Empire! 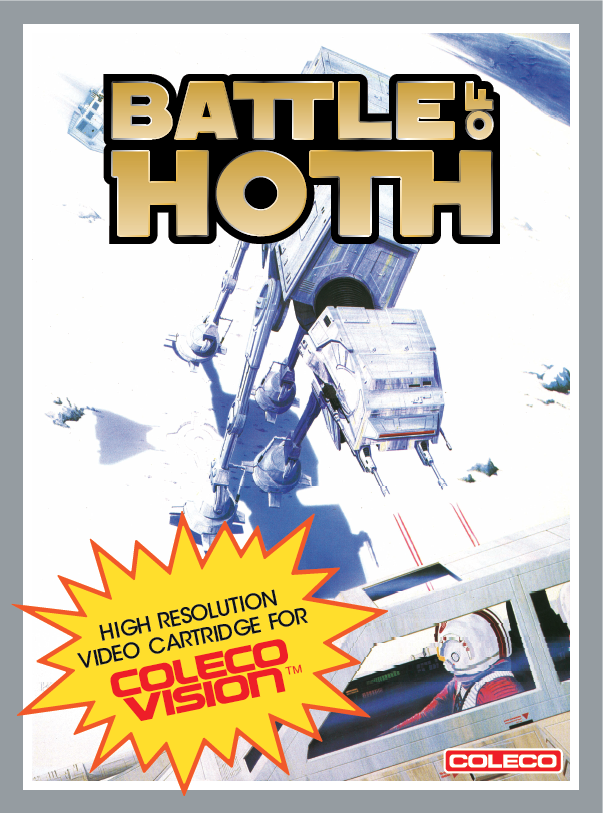 Back in January 2012, some casual discussions on the AtariAge forums surrounding a potential (and much desired) ColecoVision version of the Atari 2600 game "Star Wars - Empire Strikes Back" sparked some private exchanges between myself and Jean-Philippe Meola (a.k.a. youki on AtariAge). Jean-Philippe was adamant about programming the game, and I was more than willing to publish the fruit of his labours once it was completed. So while he worked on the game over the following months, I worked on the box template with some online associates.

Late into the project, Jean-Philippe received depressing news: Daniel Bienvenu backed out of helping us with the background music for the game. Luckily, I was able to involve my good friend Mystery Man, who worked to deliver some very nice music for us.

All parties involved were careful to keep the game a secret, so that Jean-Philippe could post a "mysterious" YouTube video of the game in action in December 2012. Click here to see it. 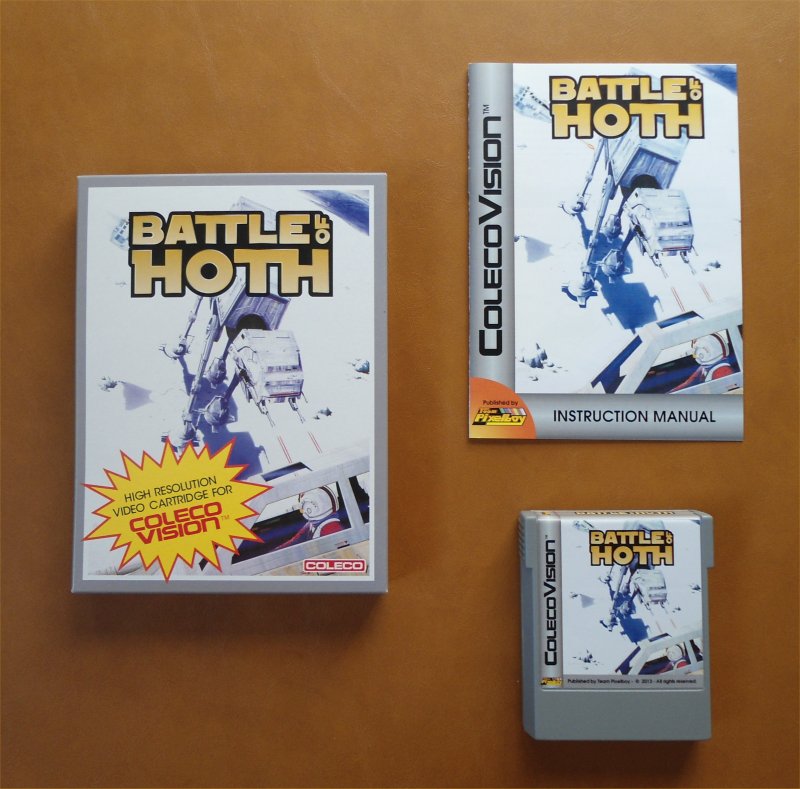 Here is a YouTube video of the ColecoVision version of Battle of Hoth.